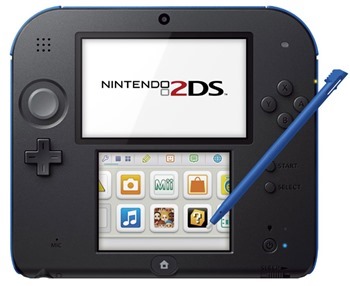 In the case of the Nintendo 3DS and Nintendo DS consoles, you can put the devices to sleep simply by folding them up until you’re ready to resume whatever you were doing. The Nintendo 2DS, however, works differently.

Announced earlier today , the Nintendo 2DS is a cheap-priced version of the Nintendo 3DS without the ability to display stereoscopic 3D visuals. The system also lacks the clamshell design of the 3DS and DS before it, and is instead designed like a slab that can’t be closed.

Despite the fact that you can’t “close” the system, you can still put it to sleep. A spec sheet from Nintendo of Europe indicates that the system has a sleep switch that you can press to activate sleep mode.

Additionally, the 2DS also features monoaural sound, instead of stereo, although you can listen to stereo sound through the use of headphones.

The Nintendo 2DS will be available in North America and Europe on October 12th.