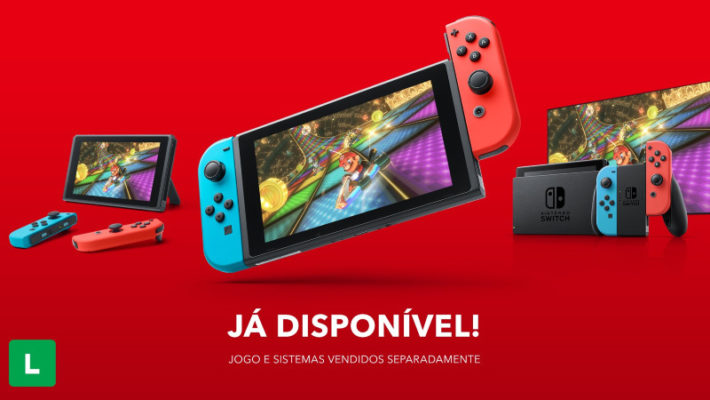 After the announcement in August, the Nintendo Switch officially made its debut in Brazil this week. Currently, only the standard Nintendo Switch is available, alongside official peripherals like the Pro Controller and additional Joy-Con sets. Nintendo of America president Doug Bowser celebrated the occasion with a Tweet welcoming Brazilian Nintendo fans:

The official retail price for the standard Nintendo Switch in Brazil is 2,999 real, and the console is available for purchase in person at retailers like Magazine Luiza, as well as several online retailers. In an interview, Nintendo of Latin America General Manager Bill van Zyll also confirmed that the Nintendo Switch Lite will be brought over in 2021. As for the console’s Nintendo eShop, only the function to redeem pre-paid game card codes will be available for now.

This has been a long time coming. Back in 2015, Nintendo ceased operations and withdrew from the Brazilian market, citing local taxes and challenges as the reason. Before that, they had been working with Gaming do Brasil and other local distributors at the time. Since 2015, Nintendo gamers in Brazil have had to rely on grey market imports from elsewhere, and Nintendo has only shown support in forms like a Brazilian Portuguese translation for Fire Emblem Heroes and other minor forms. Now, Nintendistas will be able to buy Nintendo’s latest console in an official capacity once again.