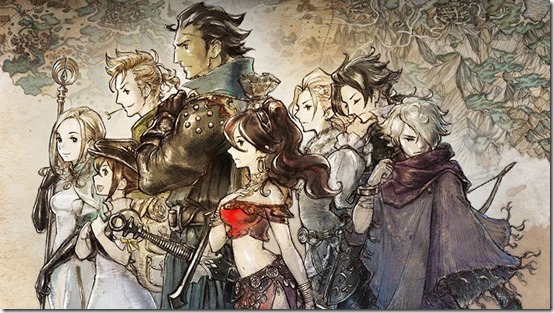 The top-selling title  of the week goes to Octopath Traveler with 110,111 units sold to take the #1 spot for an impressive debut that’ll surely satisfy Square Enix. IT should be interesting to see its numbers for the coming weeks as RPGs tend to drop quicker than other genres, but we’ll have to wait and see how Octopath Traveler does. It’ll also be interesting to see its sell-through rate later this week.

The next new release of the week is Mary Skelter 2 with 10,370 units sold on PS4. The previous entry, Mary Skelter: Nightmares sold 18,358 for PS Vita in its debut back in October 2016. Lastly, we have Shining Resonance Refrain’s Switch version at #18 with 3,465 units sold. The PS4 version released in April with 23,054 units sold in its debut, so it hasn’t been too long since then.

Hardware sales didn’t see much of a difference from the week prior. The PlayStation 4 sold 12,431 units and the PS4 Pro sold 5,165 to combine for 17,596 units between the two. The Nintendo Switch was the best-selling console of the week with 50,239 units sold to make up for 63.5% of all consoles sold in the week. Going by Media Create’s figures, the Nintendo Switch is currently at 4,600,711 units sold in Japan since its launch in March 3, 2017.