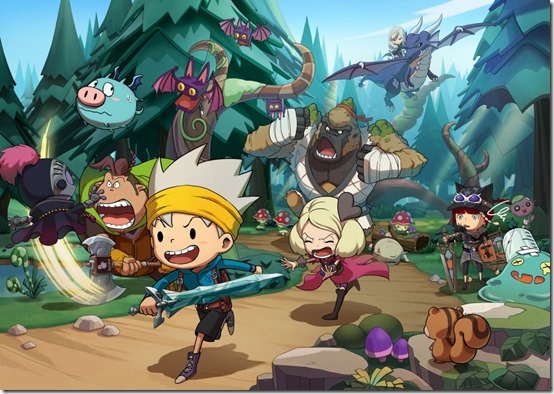 The #1 of the week is also the first new title, and it’s none other than Level-5’s The Snack World: Trejarers Gold, a new and improved version with better graphics and playability from the original 3DS version. While it didn’t sell anywhere near the 3DS version’s debut of 97,535 in August 2017, The Snack World: Trejarers Gold sold 35,655 units on Switch to top the charts.

At #2 we have last week’s top in Kirby: Star Allies which continues seeing stron gsales with 23,695 units sold in the week. Following at #3 is Splatoon 2 with 18,729 units sold on Switch.

The next new title of the week is Compile Heart’s PS4 RPG Death end re;Quest which sold 15,303 units on PS4, a bit of a lower number for one of the company’s higher budget titles. Far Cry 5 continues selling well in Japan with 14,472 units sold on PS4. And lastly, the last new title in the top-20 goes to the city-building game Cities: Skylines – PlayStation 4 Edition with 11,366 units sold in the week.

One title worth mentioning is Steins;Gate 0 on PS4 making it up on the list at #12. The game was not included in the top-50 last week, but it seems like the anime that premiered during the week had something to do with it along with some sales.

Another noteworthy mention is Monster Hunter: World, which may have fallen down the charts recently, but has finally hit the 2 million milestone on Media Create’s tracker with 3,640 units sold to place #16.

Hardware sales had an overall drop across all platforms. The PlayStation 4 sold 9,491 units and the PS4 Pro sold 1,473 units for a combined total of 10,964 units for the Sony home consoles. The Nintendo Switch sold 36,308 units which made for about 61.7% of all hardware sales in the week. Going by Media Create’s numbers, the Nintendo Switch is currently at 4,071,828 units sold in Japan since its launch in March 3, 2017.