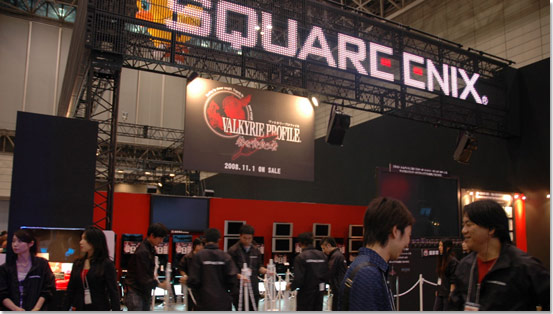 2010 will mark the Tokyo Game Show’s 20th anniversary. Unfortunately, in recent years, the trend has been for each successive Tokyo Game Show show to be less exciting than the one before it. At TGS 2008, Square Enix president and Computer Entertainment Software Association chairman Yoichi Wada gave an eloquent keynote that addressed some of the perceived problems with the Japanese games industry and suggested solutions for how to tackle them.

In a controversial statement at TGS 2009, Capcom’s R&D head, Keiji Inafune proclaimed, "Japan is over. We’re done. Our game industry is finished." This year, however, the CESA are making an active effort to expand the scope of the show.

The following is a list of new programs set to debut at TGS 2010:

– Planning of tours for visitors from outside Japan

– Participation in the VISIT JAPAN Campaign

– Installation of the International Career Pavilion

– Introduction of the Media Partner System

– Programming of the Online ticket sales for overseas customers

– Installation of the International Exchange Zone

– Enhancement of the Business Matching System

– Installation of the Asian Culture Hub in TGS

Also planned for this year’s show are several new areas to make for both, a more enjoyable and a more productive show. Among the new sections are the PC Online Game Business Area, Merchandise Sales Area and the Game School Area. The last one will focus on game-related schools aspiring developers can attend.

Most interesting is the International Career Pavilion, which sounds like a networking section that aims to help prospective employers and employees find each other. This year’s Tokyo Game Show will be held from September 16th – 19th.