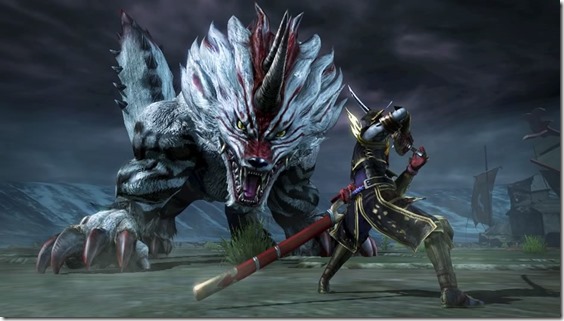 Toukiden Extreme is being localized into Traditional Chinese for the Asian market, and will be released on October 30th, 2014. The announcement was made at an ongoing Sony press conference meant for Asian territories.

The localization gap from Japanese to Chinese was three months for the first Toukiden, but in the case of Extreme, the involved teams were able to shorten it to two months. To help promote the game, a cosplay contest will be held until the end of September, which is something that was done for Toukiden, too.

Additionally, a Korean release of the game is also planned for Winter 2014.

Meanwhile, Phantasy Star Nova is getting a Traditional Chinese localization, too. This game will be released in Chinese sometime in Spring 2015.