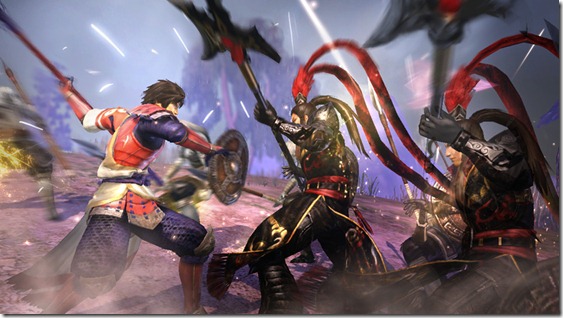 It’s official now: Warriors Orochi 3 is headed to North America and Europe. The game picks up several years after the battle against Orochi, the Serpent King. A giant serpent with eight heads arises and begins to destroy castles and towns. Humans, drained of their resources through constant warfare, have no means to defend against it.

Then, a mysterious woman appears, claiming that human strength alone isn’t enough to get the job done, and provides them with the ability to travel back in time to change the past. This is the game’s Story Mode.

You need to travel back in time, rescue allies that have died, form friendships with former enemies, and build up your resources to face the Hydra. As previously reported, guest characters from other Tecmo Koei series like Ryu Hayabusa and Ayane will be present in the game as well.

Warriors Orochi 3 will be released on March 20th in North America and March 30th in Europe for the Xbox 360 and PlayStation 3. The game features 2-player splitscreen co-op, as well as 2-player online for Story Mode and Free Mode.

Additionally, Tecmo Koei’s community manager in the UK mentions that Warriors Orochi 3 will only feature Japanese voices with English subtitles.

Update: Added additional info regarding North American release and voice-over work. Thanks to Samurai_Heart  for the heads up!

Update 2: Release date for North America added, along with other details. 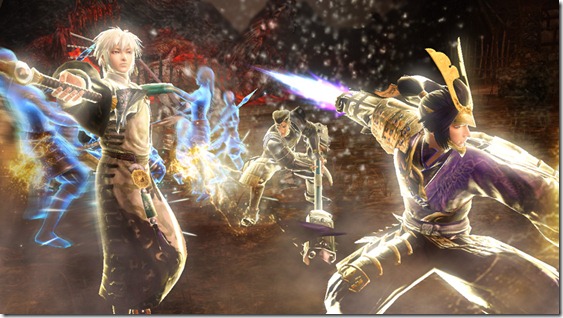