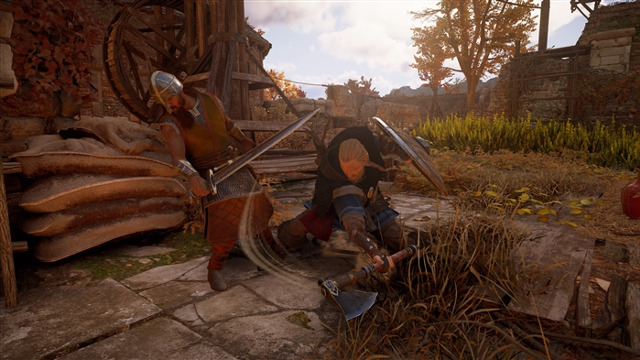 Ubisoft Japan posted an apology for the mishap related to the bloodshed display setting in the Japanese release of Assassin’s Creed Valhalla. [Thanks, ITMedia NetLab.]

Previously on November 18, 2020, Ubisoft Japan published a statement addressing an issue regarding the optional bloodshed display in Assassin’s Creed Valhalla. Although the Gameplay settings menu in the Japanese version still has a toggle for bloodshed displays, toggling it on still would not show blood splattering from characters during fights.

The company first explained that when it sent Valhalla for a rating in Japan, it found a high probability that the game would be unable to be sold in Japan with the censorship level at the time. It added that after a discussion with related organizations, it would add the complete removal of bloodshed displays to the censorship list.

On November 19, 2020, Japan’s game rating board CERO posted a clarification stating that it has no involvements in this issue, as Ubisoft never contacted or consulted the organization. ITMedia NetLab further found out that Valhalla went through CERO’s inspection with the bloodshed display enabled.

Ubisoft Japan then updated its Japanese blog post on the same day with a further apology, confirming that this issue is an internal problem within the company. The company immediately starts a further investigation and will make another announcement once it has known more about the issue in the settings.

Ubisoft Japan previously held the UBIDAY 2020 Online stream on October 24, 2020, listing the differences the Japanese version of Valhalla would get compared to the English release. Decapitations and torture scenes with visible internal organs would be made milder, decapitated heads would be replaced with masks, and topless women would be clothed. The controversial bloodshed display was not included in the censorship list.

Assassin’s Creed Valhalla is now available for PlayStation 5, PlayStation 4, Xbox Series X, Xbox One, and PC worldwide, including Japan, where it received a CERO Z rating. It is also available on Google Stadia in North America and Europe. The game is also known for collaborating with the Vinland Saga manga.