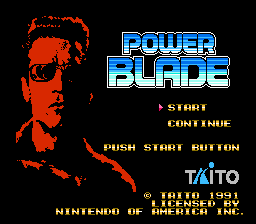 As a video game journalist, consumer, and fan, I feel that I have a pretty accurate view of the current state of the industry.  However, like most video game enthusiasts, I have little actual knowledge about what goes on behind the closed doors of my favorite video game companies.  I usually gobble up what info I can from the few friends I have that are developers, but I usually don't have a really good perspective on how decisions are made.

A few weeks ago, I was directed to a retrospective account of an insider from the late eighties/early nineties.  The author was apparently the father of Captain Nintendo (the protoform of the character most of us know as Captain N: The Game Master), one of the original editors of Nintendo Power, and the leader of the localization team for the cult classic NES game Power Blade.

His account of his days in the industry is sometimes hilarious, sometimes sad, but always entertaining.  For some of you, this series of articles may be a bit TLDR, but if you take the time to read it, I bet you’ll love it.  Definitely check it out as there experiences are a rare look into the life of someone who helped shape the industry as it was when many of us were kids.