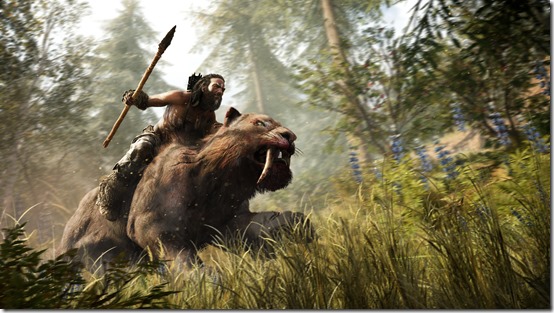 Last week, video game releases in Japan weren’t as exciting as we saw the week prior, but we saw a few new releases with Ubisoft’s Far Cry Primal, Disney Art Academy, and a couple more. Media Create has provided us with a look at video game software and hardware sales data from the week of April 4 through April 10, 2016.

On top of the charts this week is Yo-kai Watch: Romance of the Three Kingdoms, or Sengokushi, which sold an impressive 90,196 copies in its second week. As of the past few months, we’ve seen similar performances in follow-up weeks after their debut from games of the Dragon Quest, Monster Hunter, and Yo-kai Watch series, with the latest being Dragon Quest Monsters Joker 3, which also finished this week at #2 with 49,847 copies sold.

At #3 we have Far Cry Primal, which sold 25,302 copies in its first week. These numbers are lower than its predecessor in Far Cry 4, which impressively sold through 92.37% of its shipment on PlayStation 4 with a total of 36,239 copies sold in its debut last year. Far Cry 3 also sold 33,281 copies in its debut in 2013. However, keep in mind that Far Cry Primal is a spin-off title, so it makes sense for it to perform a little less than the other two titles.

As far as other new releases go, we had Disney Art Academy at #4 with 17,717 copies moved in its first week, Idea Factory’s Otomate label also released their visual novel romance game Brothers Conflict: Precious Baby which sold 3,476 copies in its debut.

One huge surprise for me was the fourth new title in the top-20 with Quantum Break for Xbox One. Yeah, it’s not the 3,124 copies sold to put it at #19 that I found impressive, but the fact that we got ourselves an Xbox One title in the chart. I can’t recall when was the last time we saw an Xbox One title place top-20, so I have a high-five waiting for whoever can find it first. Looking at you, British_Otaku.

Dark Souls III is staying in there at #5 with 15,274 units sold, giving it over a quarter of a million sales in Japan. Following is Star Ocean: Integrity and Faithlessness at 10,386 to place it at #6, which makes me curious to see how the PS3 version places when it releases on April 28, 2016. Next up we have Pokkén Tournament with 8,065 units sold, Minecraft: PlayStation Vita Edition with 7,374, and Splatoon with 7,374 copies sold, placing them at #7, #8, #9 respectively.

Overall, it was a pretty slow week and it reflects in the total software sales. Hardware sales also saw a pretty big drop across all platforms by a few hundred or thousand units. However, I should probably note that the Wii U was the only one that sold more than the previous week by 1,512 units, although analyzing Wii U sales is a bit rough these days with their stock shortage in mind. Okay, fine, I’ll also throw a bone to the Xbox One for having sold 5 more units than the week prior. Thanks, Far Cry Primal!