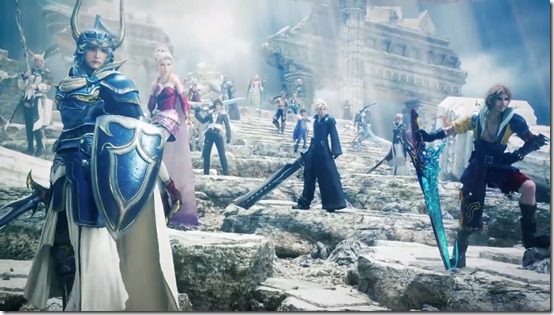 Last week, Japan only saw the release of one major title that made it into the top-20 of the sales chart and it is none other than Square Enix’s RPG fighter, Dissidia Final Fantasy NT on PlayStation 4. Japanese sales tracker Media Create released the latest software and hardware sales data from the week of January 8 through January 14, 2018.

#2 of the week goes to Splatoon 2 which continues its pace as the best-selling Switch title for the second week straight with 34,632 units. Super Mario Odyssey isn’t that far behind at #3 with 28,193 units sold on Switch. Following at #4 is Mario Kart 8 Deluxe keeping up with 22,836 units sold on Switch. And at #5 we have Pokémon Ultra Sun & Ultra Moon with 21,494 units sold on 3DS. It’s also worth mentioning that Mario Party: The Top 100 is also staying on top of its game (or mini-games) with 20,320 units sold to chart at #6. Basically, #1~#7 from last week kept their placements and went down just one with Dissidia Final Fantasy NT taking the spot.

As for hardware sales, we saw a big decline as we did in software, marking the end of the holiday shopping boost. The Nintendo Switch was the top-selling console with 37,500 units sold, putting it at a total of 3,494,854 units sold in Japan since its launch in March 2017, if we go by Media Create’s numbers. The PlayStation 4 kept close with 32,890 units sold for the standard model and the PS4 Pro sold 10,918 units. We can expect to see the PS4 numbers increase as major releases in Monster Hunter: World and Dragon Ball FighterZ release in the coming weeks.