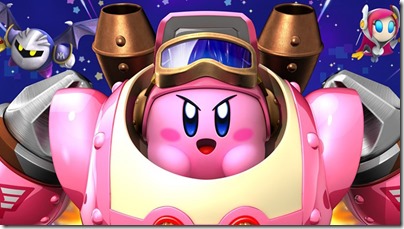 Last week, Japan had a few major releases with Kirby: Planet Robobot for Nintendo 3DS, Jikkyo Powerful Pro Yakyu 2016 on PS4, PS3, and PS Vita, and the PlayStation 3 version of Star Ocean 5. Media Create provides us with the latest data on software and hardware sales from the week of April 25 through May 1, 2016.

On top of the list is Kirby: Planet Robobot which sold 144,846 units in its first week. That’s not bad for a Kirby game, but it falls almost 70,000 copies short of the series’ previous main title in Kirby Triple Deluxe. Here are opening-week sales of previous major Kirby games to give you an idea:

After about a month of delay, Star Ocean: Integrity and Faithlessness made its PlayStation 3 debut with 20,027 copies sold. These numbers are very low compared to the PlayStation 4 version’s opening week sales of 113,022 copies. The delay and rather high 7,980 yen price tag for a PS3 game probably didn’t do it any favors, either.

Nippon Ichi Software’s adventure puzzle game Rose and the Old Castle of Twilight was another new title, and it placed #13 with 8,508 units sold on its first week. The game was made by the same team that worked on htoL#NiQ: The Firefly Diary, which sold 9,744 in its debut.

And finally, YU-NO creator’s classic visual novel got a remake with Eve: Burst Error R, and the game sold 5,699 units in its opening week to place it at #17.

As far as hardware sales go, most of the Nintendo 3DS models saw a bump, most likely thanks to the release of Kirby: Planet Robobot, with the New Nintendo 3DS LL getting the biggest one with an increase of 6,340 units compared to the week before. The PlayStation 4 saw an increase by 7,989 which is probably because of Jikkyou Powerful Pro Yakyu 2016. And finally, the Wii U saw an increase by 4,052 units sold.