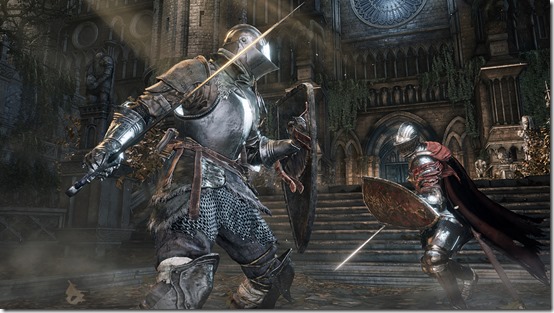 Last week, Japan had a huge week full of key releases, making it one of the busier, if not busiest, week of the year. Releases include Dragon Quest Monsters Joker 3, Dark Souls III, Hatsune Miku: Project Diva X, Dead or Alive Xtreme 3, and Nobunaga’s Ambition: Sousou Sengoku Risshiden. Media Create provides us with video game software and hardware sales data from the week of March 21 through March 28, 2016.

First, let’s take a look at Dragon Quest Monsters Joker 3, the latest of the monster-breeding RPG by Square Enix for Nintendo 3DS. The 368,665 sales figure is quite impressive for any title these days, but when looking back at previous entries from the series, it’s significantly lower:

As you can see from the numbers above, Dragon Quest Monsters Joker 3 falls flat in terms of total sales for its debut; however, it’ll be more than enough to provide the Nintendo 3DS with a bit of a spark, as it hasn’t had any big releases since the holidays, not to mention that Monster Hunter X and Yo-kai Watch Busters have both fallen out of the top-20 for the first time since they launched.

Next up is another big title with Dark Souls III at #2 with 210,141 units sold on its opening week. The series has come a long way since its humble Demon’s Souls debut back in 2009 when it sold a mere 39,689 copies in its first week for PlayStation 3. The first Dark Souls game remains the series’ best-seller at 279,567 copies sold on its first week in Japan. Dark Souls II sold a combined total of 261,147 copies between its PS3 and Xbox 360 versions. Dark Souls III on PlayStation 4 falls a shy from its mark when compared to its predecessors, but it still sold pretty well, nonetheless.

Hatsune Miku: Project Diva X made its debut at 69,438 copies sold in its first week. To give you an idea on how it compares with previous titles from the series, Project Diva f 2nd sold 98,628 copies on Vita and 59,965 copies on PS3 for a total of 158,593 across the two platforms. The first Project Diva f sold 159,592 units on PS Vita, which was followed by 110,229 copies for the PS3 version that released shortly after.

And finally, Bandai Namco released Assassination Classroom: Assassin Training Plan on 3DS, which moved 19,482 copies to take #8. Rejet also released their romance adventure PS Vita game Dance with Devils with made its debut at #18 with 5,129 sold on its first week.