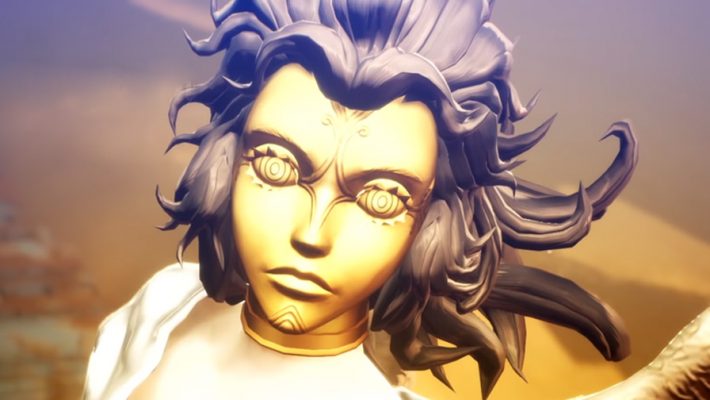 Atlus’ newest video in its Shin Megami Tensei V Daily Devil series introduced a new incarnation of Angel. This is the fourth video overall and the first spotlight on a demon from the Divine race. The developer has been uploading videos introducing fans to its roster of mythological creatures leading up to the game’s release on November 12, 2021.

Angel is a staple demon in the Divine race that has appeared in nearly every Shin Megami Tensei game. This even includes its spin-offs, such as the Persona series. The SMT V trailer introducing Angel shows them using the Expel skill Hama to obliterate an enemy weak to the holy element. After that, they use a Bless skill to heal all four party members. Angel’s new design is evocative of their SMT II design while dialing up the uncanny and creepy vibe with a modulated voice.

Races in the Shin Megami Tensei series are based on various religions, mythologies, and legends. So far, Atlus has shown off the fairy Jack Frost and two Genma demons with Amanozako and Fionn mac Cumhaill.

Shin Megami Tensei V will launch worldwide on the Nintendo Switch on November 12, 2021. Japan will get the game one day sooner on November 11, 2021. The next demon in Atlus’ Daily Devils series will be from the race of Brutes.