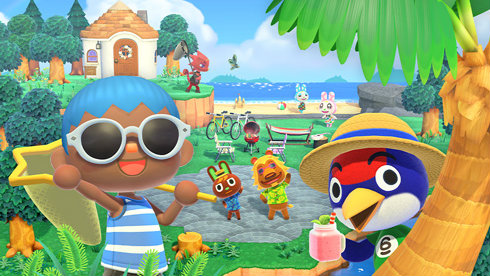 The Nintendo PAX East 2020 plans have been unveiled, and they’re going to involve an opportunity to play a much anticipated game early. An Animal Crossing: New Horizons demo will be at the event. This will be accompanied by photo op areas with people dressed as Isabelle, Tom Nook, and K.K. Slider.

As part of the Animal Crossing: New Horizons demo experience, Nintendo went over how people can register early for it and get special bonus items. Warp Pipe Passes, which allow priority access to the game, will be available starting February 25, 2020 for My Nintendo members. My Nintendo members also get an Isabelle pin. Meanwhile, everyone who tries out the game will get a Tom Nook tote bag.

Nintendo also confirmed the other experiences and opportunities it will have at the PAX East 2020 booth. Demos for Luigi’s Mansion 3, Pokemon Mystery Dungeon: Rescue Team DX, Pokemon Sword, Pokemon Shield, and The Stretchers will all be available. Pokemon pins will be given to those who try Pokemon Sword and Shield Max Raids.

Animal Crossing: New Horizons will come to the Nintendo Switch on March 20, 2020.

PAX East 2020 will be held February 27-March 1, 2020 in Boston, MA. In addition to an Animal Crossing: New Horizons demo, people will also be able to play Final Fantasy VII Remake and The Wonderful 101 Remastered.