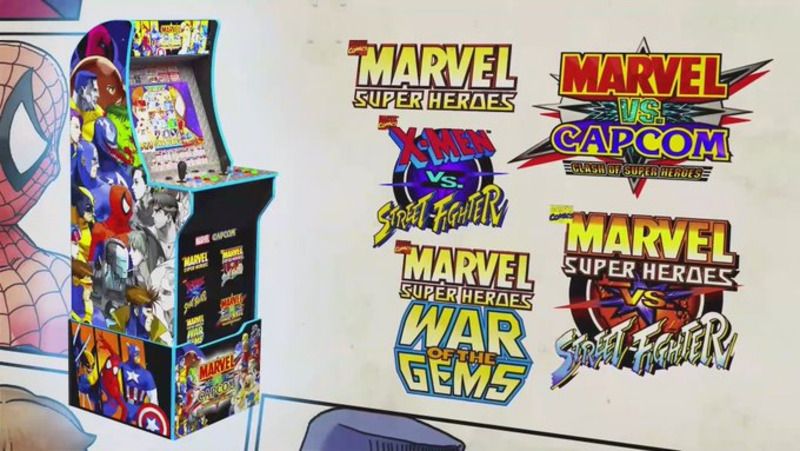 IGN’s Summer of Gaming stream included a new wave of home arcade cabinets from Arcade 1Up, which has been releasing to-scale (but small enough for kids to play too) arcade cabinet replicas packed with officially licensed games, usually in sets of three or four (sometimes more!). The next round, which is being aimed at fall of 2020, is quite a set. It’s Big Buck Hunter time, folks! Well, that and a little game called Ms. Pac-Man.

A new challenger appears in your home arcade!

The X-Men Vs. Street Fighter arcade classic, packaged with Marvel vs. Capcom: Clash of Superheroes, is coming from Arcade1Up. #ignsummerofgaming https://t.co/aSFKL5dW96 pic.twitter.com/T5qTK6CRXY

The announcement started with an Arcade 1Up X-Men vs Street Fighter cabinet, which is quite a doozy. It comes with four classic Marvel-themed Capcom games, including the elusive Marvel vs Capcom: Clash of Super Heroes. Then we learned that, after a ton of legal issues preventing this fan-favorite from entering homes for years, a full Ms. Pac-Man cabinet is on deck as well. And if your favorite sports bar still hasn’t opened back up yet, there’s a Big Buck Hunter set complete with the garish light guns.

Finally, a weird one! Remember when the whole Zen Pinball thing really kicked off with those digital Marvel cabinets? We’ve come full circle, and Arcade 1Up has converted those games into a real pinball table, in collaboration with the Zen Pinball folks.

The information is still coming for these fall 2020 Arcade 1Up sets, but high-res photos are up on the official website.