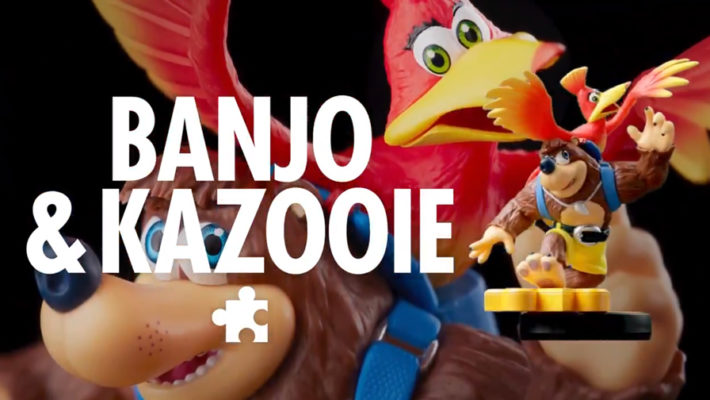 After being teased back in October 2020, Japan finally has a release date for the Terry, Byleth, and Banjo & Kazooie SSBU amiibo. The three DLC fighters’ figures will all go on sale on March 26, 2021. Pre-orders are live now. Each figure is priced at 1,650 yen.

Nintendo’s Japanese Twitter account for Super Smash Bros. Ultimate revealed the date, which fans could have easily missed the announcement amidst the excitement of The Game Awards. This wave of SSBU amiibo will comprise three of the more recent DLC fighters: Terry, Byleth, and Banjo & Kazooie. Masahiro Sakurai originally showed the figures at the end of the Sakurai Presents Minecraft Steve video. Although there is no release date for territories outside Japan yet, we will likely hear about it soon. Until then, check out the announcement tweet and video below.

In addition, Nintendo announced Sephiroth as the next DLC character in the second Fighter Pass at The Game Awards 2020. Nintendo will also debut another Sakurai Presents video to breakdown Sephiroth’s moveset. If this presentation is anything like the last, we could hear about the next wave of SSBU amiibo: Min-Min, Steve/Alex, and maybe even Sephiroth.

Super Smash Bros Ultimate is available now for the Nintendo Switch. The Terry, Byleth, and Banjo & Kazooie SSBU amiibo will release in Japan on March 26, 2021.