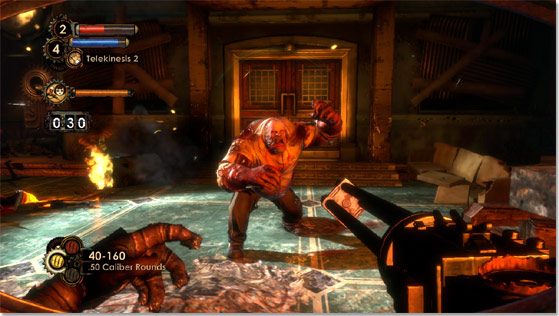 The Bioshock franchise has been shopped around in Japan, and not very smartly at that. The PS3 and 360 versions of the first game were published by Spike, the console versions of Bioshock 2 will be handled by D3 Publisher when it is released on March 4 this year, and the PC version is being left in the charge of Cyberfront.

The console versions of Bioshock 2 have English voices and Japanese subtitles. Meanwhile, the PC release will be the English version of the game with a Japanese manual included, for 7,140 yen ($78), Amazon already lists it at a lower price though. It will be rated CERO-Z making Bioshock 2 an adults only game.

With no disrespect to any party, none of these publishers have the kind of marketing force one would require to push the game to a broader audience the way Square Enix did with Call of Duty: Modern Warfare 2. The in-game text for the PC version is in English, which severely limits the game’s appeal. It’s like releasing Final Fantasy here in Japanese with an English manual. Unfortunate because Bioshock is a game that more people should be able to appreciate for its narrative than Modern Warfare 2.

To their credit, however, Cyberfront are trying. In addition to the regular edition, a limited edition with a soundtrack CD, art book and vintage-style posters will be released at a different price point.