Recently, Nintendo of America asked Club Nintendo members to vote on their ten favourite Wii U and Nintendo 3DS games in 2013. While the Wii U’s selection is obviously rather limited, the 3DS saw an incredible amount of support this year, and you can see which games made the cut below. 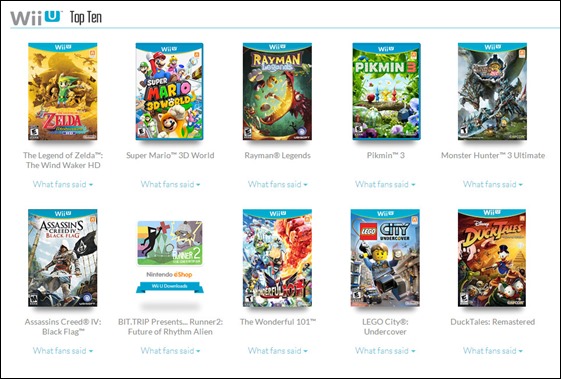 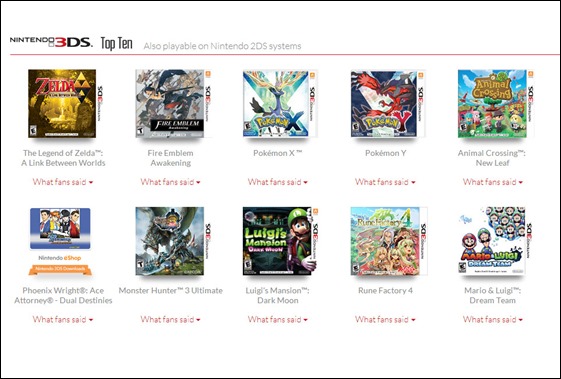 Comments from Club Nintendo users on the games above can be viewed here. Personally, I’m disappointed to see Shin Megami Tensei IV missing from the list, although Xseed are and Capcom are both probably happy to see their games make the cut. (Note, however, that this list is not indicative of sales in any way.)