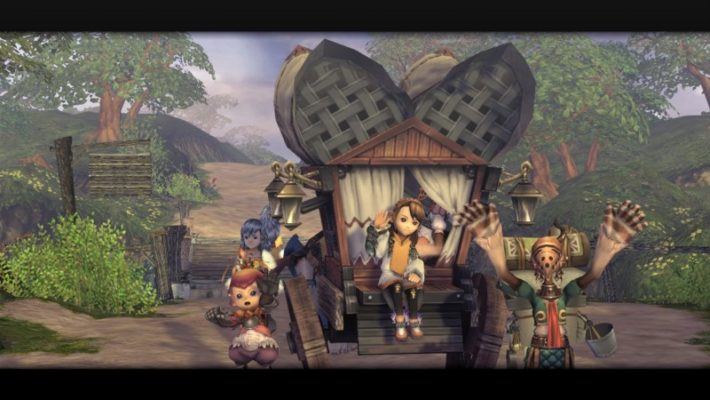 Here’s the original tweet, which is in Japanese, but can be deciphered through Twitter’s translation function. (It was also double checked by Siliconera’s Kazuma Hashimoto to confirm the information is accurate.)

Roughly translated, it confirmed that there is no offline multiplayer and only online is available. It seems that, for whatever reason, potentially offering Final Fantasy Crystal Chronicles Remastered multiplayer offline and online was not within the scope of this project, (which notably features cross-play between all platforms) so the team had to choose one direction and commit to it.

The original Final Fantasy Crystal Chronicles was a Nintendo Gamecube exclusive and built around the console’s Game Boy Advance link cable. For co-op, players would have to use a Game Boy Advance as a controller, which provided off-screen menus and other information to keep the action on the TV flowing.

Considering the realities of the original software, it does make sense adapting that to the Crystal Chronicles Remastered multiplayer was no easy task, especially across multiple platforms that have to interact.

Final Fantasy Crystal Chronicles Remastered Edition will launch for the PS4, the Nintendo Switch, and compatible iOS and Android devices on August 27, 2020.