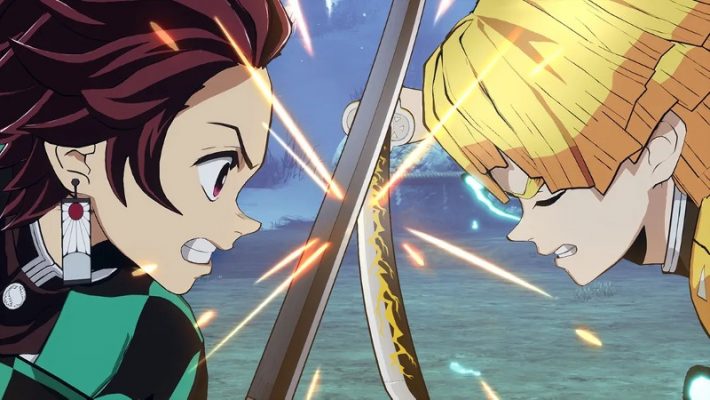 Demon Slayer: Hinokami Kepputan will be available in Japan in October 2021. The more specific release window for the series’ first-ever console game is known from a leaflet included within promotional materials for the Demon Slayer: Mugen Train Blu-ray & DVD sent to Japanese media outlets. [Thanks, Inside!]

Other than the Japanese release window, the leaflet also featured the game’s key visual art. The other side of the leaflet confirmed once again that this game will have two main modes: a single-player mode that retells the story of the Demon Slayer anime show and a 2-on-2 versus mode that can be played both online and offline. It also contains a QR code with a link to the Japanese official website. Aniplex has been recently revealing characters from the modern school-themed spin-off Kimetsu Gakuen as part of the versus mode roster.

Sega revealed in late May 2021 that it is working on an English localization of Hinokami Kepputan, which will be known outside Japan as Demon Slayer -Kimetsu no Yaiba- The Hinokami Chronicles. The major publisher has also been updating its English Asian YouTube channel with English versions of the gameplay trailers that were previously region-locked on Aniplex’s Japanese channel. However, it has so far only confirmed a 2021 release window in Asia.

Demon Slayer -Kimetsu no Yaiba- The Hinokami Chronicles, also known in Japan with the subtitle Hinokami Kepputan, will be available for the PlayStation 4, PlayStation 5, Xbox One, Xbox Series X, and PC. Aniplex will publish the game in Japan in October 2021, while Sega will bring it to Asia sometime in 2021.