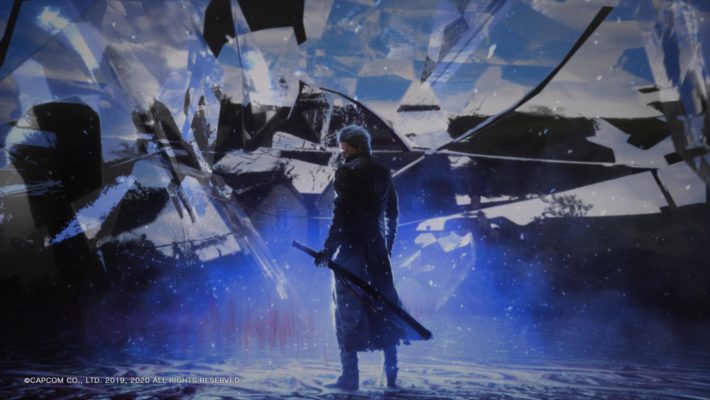 Devil May Cry is a series filled with cool characters, and the Devil May Cry 5 Special Edition Vergil Mode gives people a chance to spend time being one who wasn’t as present before. It is, as you might expect, fanservice of a sort. What’s best about it is how effective it is. Yes, it is calling attention to the other brother. It is giving us the attacks we’d expect. It honors his other appearances. It is pure fanservice, delivering what his fans want in a concise manner.

Editor’s Note: There will be some general Devil May Cry 5 Vergil-related spoilers regarding his identity. However, the new cutscenes will only be vaguely discussed and not spoiled.

Stepping into Vergil’s shoes initially might not feel all that different from being Dante or Nero, for those unfamiliar with the character or series. This is because he has the same sort of staple moveset. There’s a ranged attack, letting you use square to send out a flurry of Mirage Blades or hold them and saved up DT energy to create a ring around you or send even more of these spectral weapons at foes. In a general sense, you can say you have swords (Mirage Edge and Yamato) and the hand-to-hand efforts with Beowulf. But it’s once you really start using all of these things that you realize how well his past is covered and moveset considered. 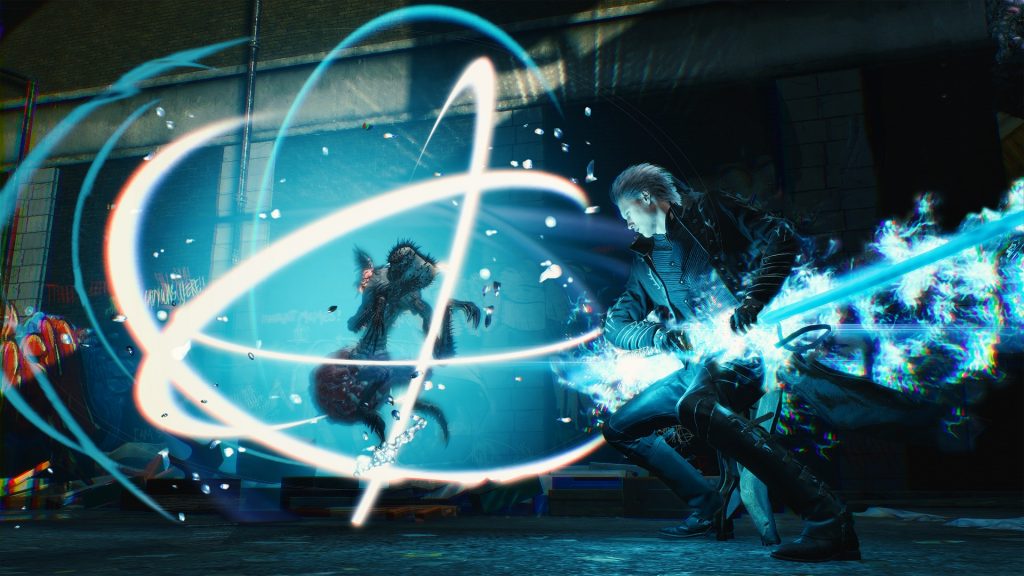 Everything about how Devil May Cry 5 Special Edition’s Vergil moves and works keeps in mind how he appeared in other games. I love how Beowulf’s kicks, lunges, and uppercuts get so visceral and can act as a setup to get a character in the air or a push-back advantage against a foe with something like Hell on Earth. Whenever I would use the Mirage Edge, it would feel comfortable. That I could get these slashes and stabs that deal damage and occasionally hit enemies farther away. And with Yamato, I feel so much more capable and stylish than I am. Seeing the after-effect and dance that comes from using this blade to perform things like Judgment Cut as a finisher and trying to get the timing just right for extra damage. All this combined with Concentration makes me feel incredible when I’m getting things right, because you see these tangible performance rewards for paying attention and being strategic, even while frantically cobbling together combos.

There’s also that level of appreciation for his Devil Trigger, Doppelganger, and V segments. Each one feels like it is paying tribute to Vergil’s past, while also making sense in practice. The Sin Devil Trigger form feels like you have this sense of power and control, especially since your health is restored. But if you just bring up the Doppelganger, you see that devil power given life and wielding the Yamato to assist you briefly. (I also loved how easy it was to quickly tell the clone what to do by pressing on the d-pad, as it wouldn’t break my stride.) Having V there for World of V, to summon Griffon and Shadow, is nice. But for some reason, I had the most trouble trying to summon it up. (Unlike the other abilities, it involves holding a trigger, making an analog stick circle, and pressing a button.) It works, but takes more time to learn.

The downside is, this isn’t a story-heavy affair. I zipped through the Devil May Cry 5 Special Edition Vergil mode because there aren’t special story segments from him. You’re running through the motions. The same enemies and bosses are there. The Devil May Cry van appears, but you’re getting upgrades from a statue. While there is a little new dialogue, the additions are small and the focus is on getting to play as Vergil and take advantage of his moveset. 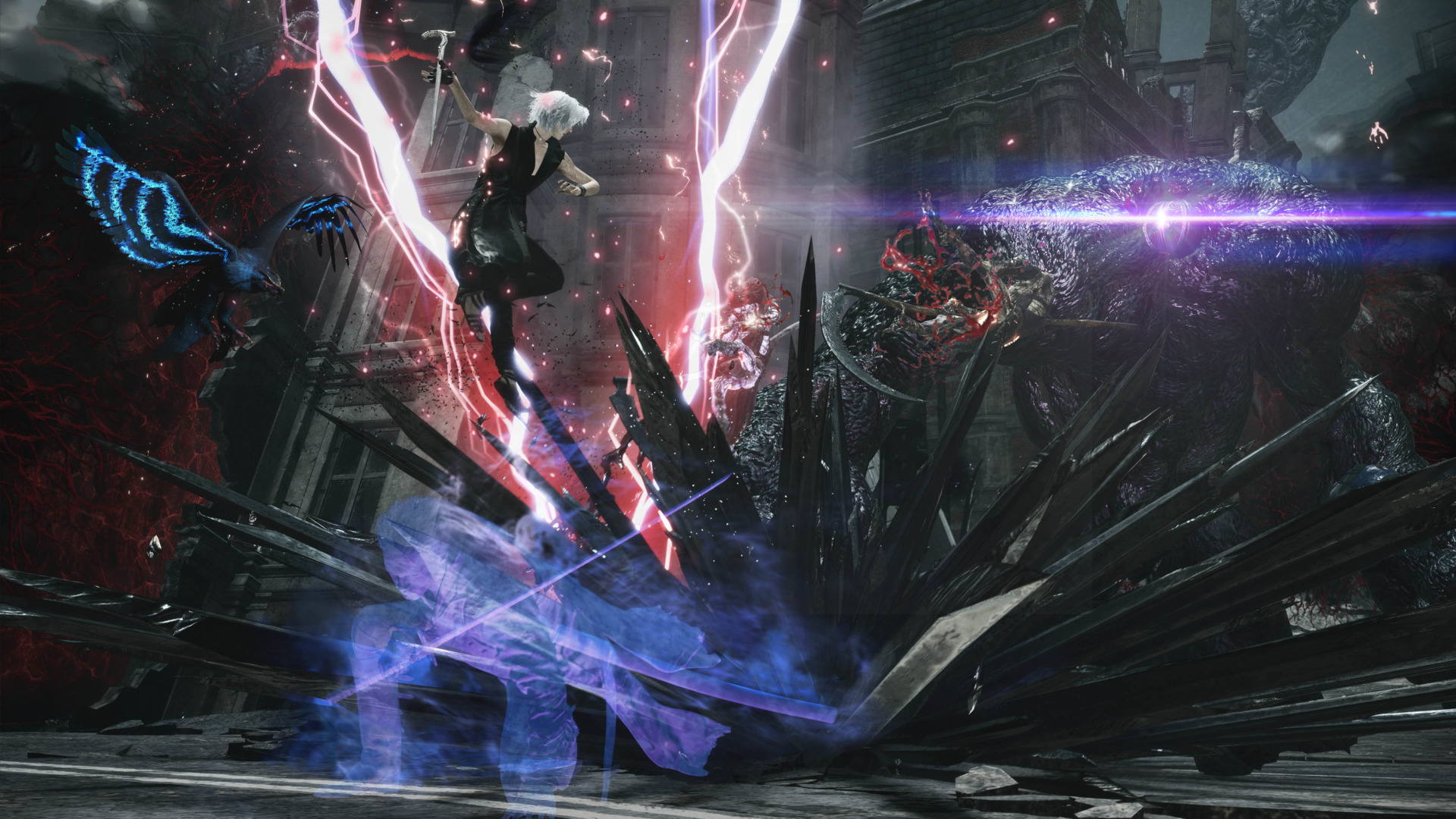 But then, what few new scenes appear do at least call back to the past. The new scenes deal with the final management of the Qliphoth, which continues what we saw in the original campaign. There are different changes and approaches, as well as some appropriate banter. Which fits the motif. We’re seeing the same sort of story from a different angle. Which means some of the interactions are different and discussions change, with some additional taunts and reactions even as we’re seeing the additional dialogue and extended moments added to fight scenes.

I suppose the best way to describe Devil May Cry 5 Special Edition’s Vergil mode is that it feels like pure wish fulfillment. His moveset feels great and incorporates nods to his character across the series, even acknowledging V. I often felt like this overpowered force of nature when playing as him, which was liberating. Yes, the campaign is truncated due to a lack of original story content, but I appreciated the few new cutscenes that were new. If someone didn’t play Devil May Cry 5 until now, this is a perfect way to get in and have a full experience. For those who already have it, the DLC will likely be a pleasant bonus to enjoy later.

Devil May Cry 5 Special Edition is available for the PlayStation 5 and Xbox Series X. The Vergil DLC will arrive on December 15, 2020.