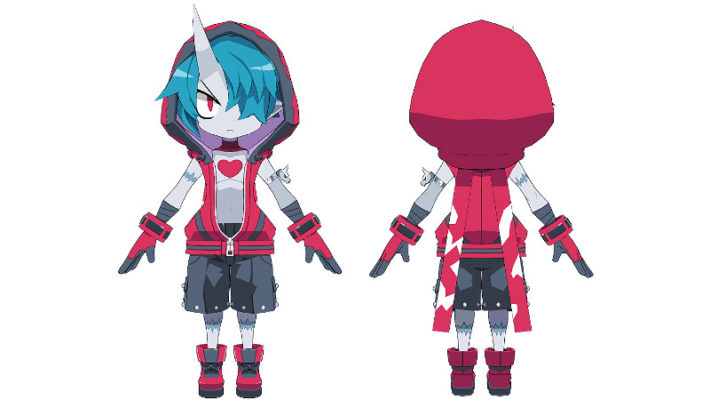 Nippon Ichi Software has opened a Disgaea shop page at Virtual Market. This is part of the Virtual Market 5 event that runs until January 10, 2021. The shop offers avatars and items based on Disgaea 6: Defiance of Destiny that can be used in VRChat.

All VRChat avatars are based on Disgaea 6: Defiance of Destiny. The upcoming mainline title adds even more digits to the maximum level and damage output. Disgaea 6 will also come with numerous series-first features, such as 3D character models, auto-battle functions (including grinding the same stage automatically), and a game speed multiplier.

On December 9, 2020, Famitsu also published a new gameplay video that explains the game’s counterattack system. A couple of counter-related abilities—Forced Counter and Preparation to Intercept—will be available to be equipped by party members.

Disgaea 6: Defiance of Destiny will be released only for Nintendo Switch in Summer 2021 in the West. The Japanese release, which also comes to PlayStation 4, will be available earlier on January 28, 2021. People can buy the VRChat avatars at Virtual Market until until January 10, 2021.