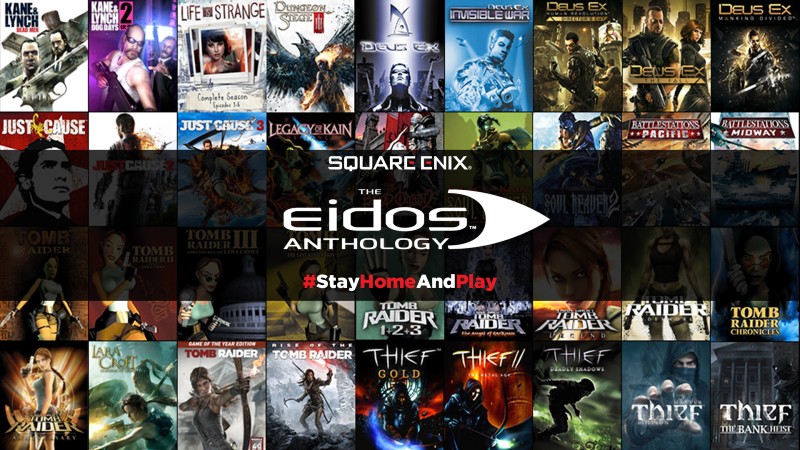 We’ve been following Square Enix’s Stay Home and Play campaign since its initial announcement. The publisher has been offering free games, cheap games, and fun activities to help people staying home. All the proceeds from these endeavors have been going towards COVID-19-adjacent organization efforts, including food banks and health workers. Following a solid JRPG bundle, Square Enix is now offering an enormous Eidos Montreal bundle on Steam.

This bundle includes a whopping 54 games, along with several bonuses such as DLC. The bundle runs through Edios Montreal’s long history, featuring games as recent as Tomb Raider (2013), as vintage as Daikatana, and the Legacy of Kane series. If you don’t have anything on the list somehow, you can get the whole set for 95% off its current retail value, which comes to $39.24. As usual, bundles like this on Steam will scale down in price for each game you already own.

If you’re trying to catch up on games, like Rise of the Tomb Raider or Deus Ex: Mankind Divided, this is a particularly striking deal. The bundle is only a few dollars more than those games cost by themselves when not on sale. And, just for fun, Steam’s total retail value for the Eidos Montreal bundle is $784.37.