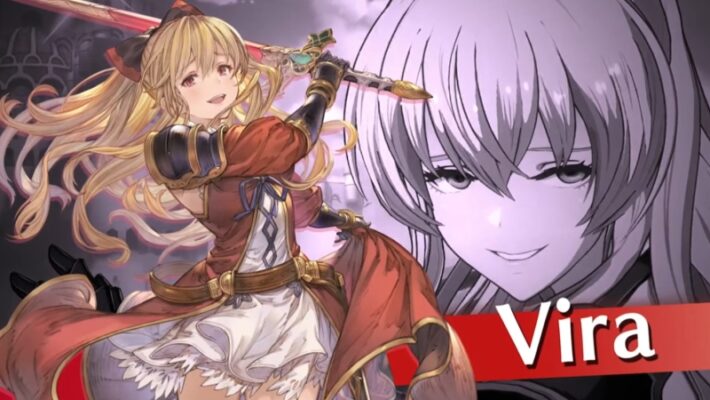 Cygames confirmed that the next DLC character for the fighting game Granblue Fantasy Versus will be Vira. The announcement was made during the Granblue Fantasy special summer livestream event held on August 7, 2021. XSEED then revealed she would appear in December 2021.

The announcement consisted of little more than a character reveal during the stream. Those interested can check out the stream. The reveal appears at roughly the 3-hour-10-minute mark.

The reveal also included a bit of art for Vira as she appears in Granblue Fantasy Versus. Her clothing and outfit match her appearance in the core Granblue Fantasy game, though the key art suggests that she can transform herself in some way. This may be a reference to her special power Luminiera Merge, wherein Vira merges with the primal beast Luminiera (known as “Chevalier” in Japan) to enhance her abilities. 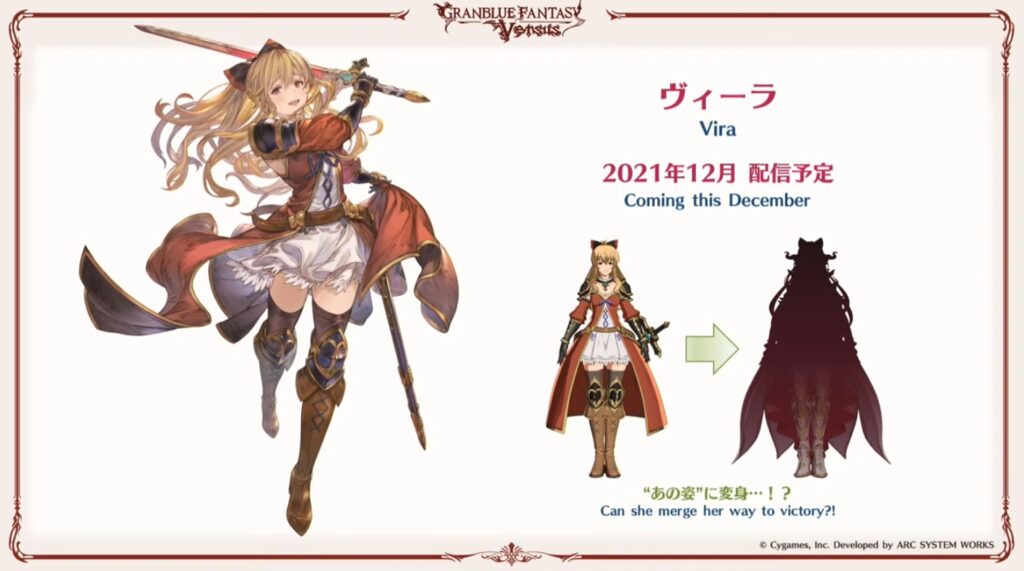 Vira is the Lord Commander of the fortress city of Albion and an old friend of Katalina, who is part of the core roster of Granblue Fantasy Versus. Vira considers Katalina to be an older sister of sorts and regards her with an obsessive reverence. She’s voiced by Asami Imai, who also played Kurisu Makise in Steins;Gate and Chihaya Kisaragi in The [email protected].

As a character who’s been in the game since shortly after its 2014 launch, Vira is one of the oldest and more popular characters in Granblue Fantasy. She also is someone with many variants in the game, with seven playable versions available for players to acquire. The recent Anniversary survey conducted by Famitsu earlier in 2021 placed Vira in a running tie for seventh most popular female character.

Vira will come to Granblue Fantasy Versus in December 2021. The game itself is immediately available on the PC and PS4. The most recently debuted DLC character was the Eternal Seox, who closed out the Season 2 slate of additions.