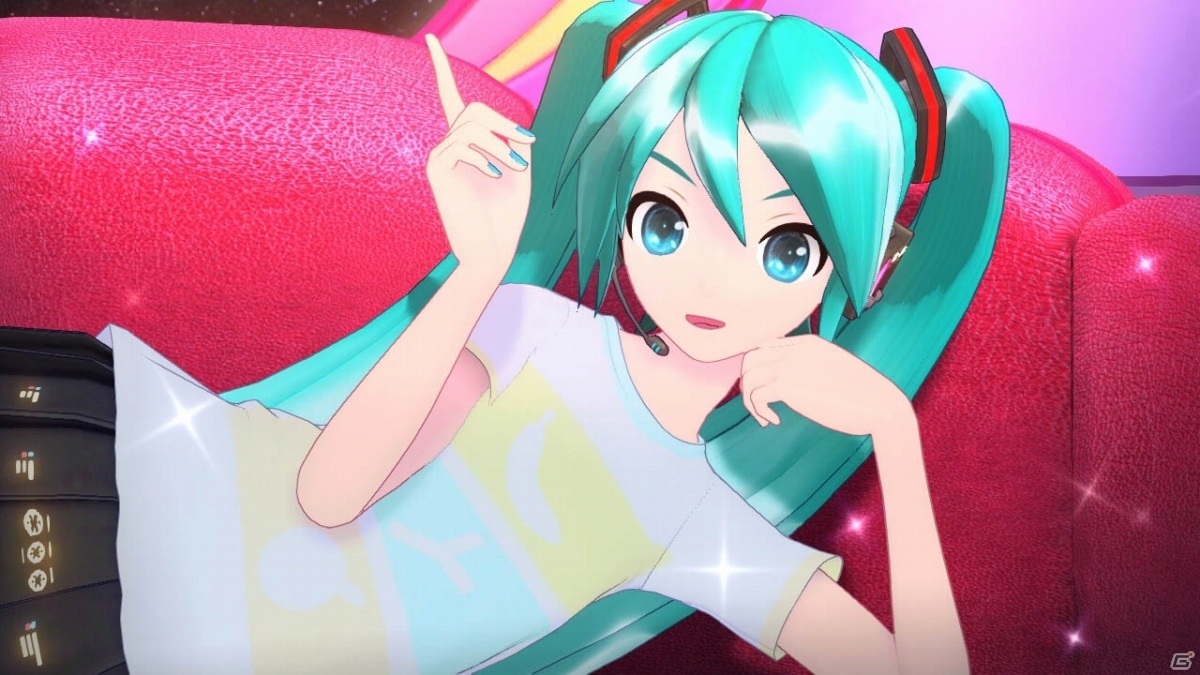 Ready to dress Miku and the Vocaloids up? The Hatsune Miku: Project Diva Mega Mix T-Shirt Design Pack DLC has been released worldwide. It is a free, 16mb download that gives people T-Shirt Design Contest winning shirts, from the October-December 2019 contest, and shirts that were offered for different Japanese stores. [Thanks, Gamer!]

As for the contest winners, the five winning designs have been added to the game under their titles. People can dress characters up in April Castaneda’s “Goopy Meeku,” Cecilia Bucci’s “Pastel Tee,” Dylan Beeson’s “Starlight Diva,” Occultbeast’s “Holy Leek,” and Oxymoroff’s “Rose Record.”

Hatsune Miku: Project Diva Mega Mix is available for the Nintendo Switch and, as Siliconera’s playtest noted, its timing is rather good. Also, it has received continued support, as the Japanese version just got a Touch Play mode in April 2020.