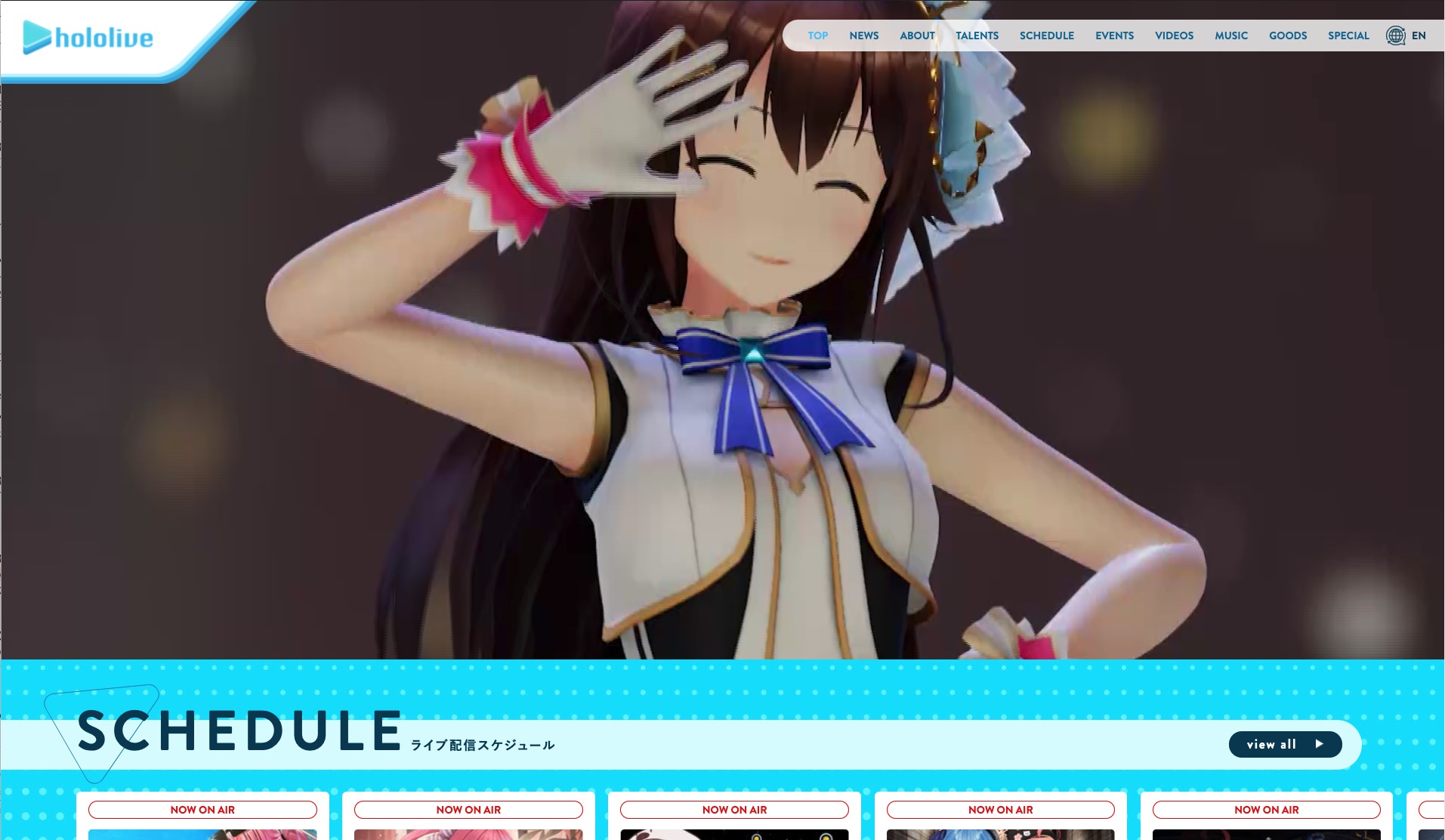 Hololive Production opened a new website for its Hololive female VTubers. The site is designed to act as a hub for details about the streamers. It is also available in English.

As people might expect, one of the priorities of the site is to show the current schedule for Hololive VTubers. There’s also a section going over recent news regarding the performers. Though, at the moment, there’s only an announcement about the website opening. There are also profile pages for all VTubers, from the first VTuber Sora Tokino to the most recent performers like Sana Tsukumo. People can also find out about new merchandise, songs, and videos.

This is the third Hololive Productions site so far. The company itself has its own site. There is also a site for the Holostars, which are all the male VTubers in the company’s lineup. With the opening of the Hololive site for its female VTubers, all performers should now be covered.

As for other new VTuber announcements, there was recently a debut and a new look at an upcoming project. The Hololive English Council members Baelz, Fauna, Kronii, Mumei, and Sana debuted in August 2021. There was also a new look at the Hololive Error horror project.