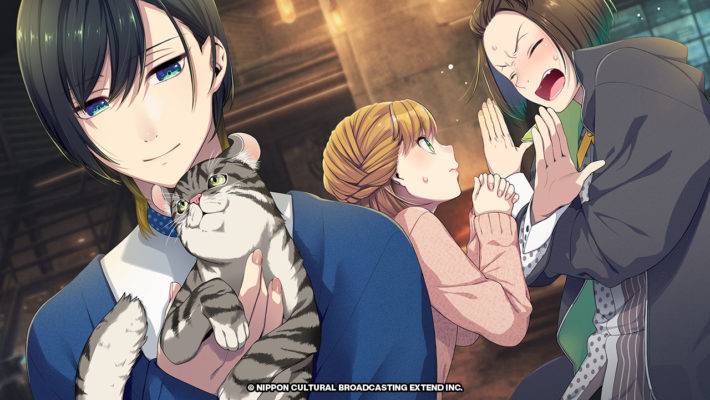 Back in December 2020, lots of BUSTAFELLOWS news came up. PQube revealed the upcoming English localization and Nippon Cultural Broadcasting Extend Inc. revealed a sequel. To help get a better idea of what to expect from the game, which some might consider an adventure game and others an otome, Siliconera spoke with minetaka, who produced, wrote the screenplay for, and worked on the scene direction for the game about what went to it and what players can expect.

Jenni Lada, Siliconera: First, how did you get started in the game industry?

minetaka: I grew up in an environment where anime and games were familiar to me from an early age, so I thought it would be even more interesting if I could become a person who makes these things, which is how I started working in the entertainment industry.

It is more than about just developing a game. In addition to making games, you get to experience different roles in the entertainment industry, such as developing products, producing videos, designing, organizing events and promotions, etc. To me, a game is where I can express my knowledge and skills in various ways. Although right now, I’m mainly involved in the production of games. 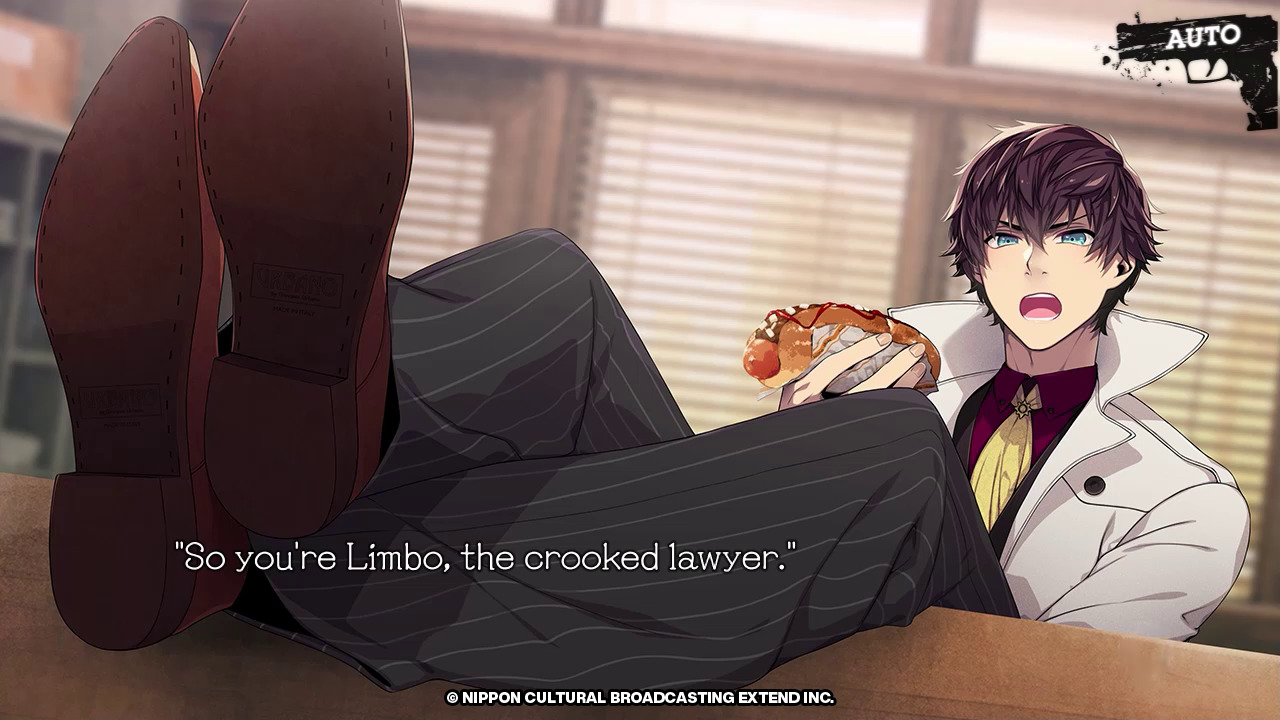 When did BUSTAFELLOWS development begin, and what led you to decide to work on an otome game?

minetaka: BUSTAFELLOWS was originally released in Japan on December 19, 2019, but the project itself started several years ago. Before BUSTAFELLOWS, there was a prequel called Side Kicks!, produced by the same staff. After the release of Side Kicks!, I wanted to create a new project with the same staff, so I called out to the creators and then the project was launched.

We tried not to worry about genres as much as possible, because there would be many constraints. For example, genres are likely to stick to rules such as “otome games have to have a love element” or because it is this genre, we must do that. We feel that conforming to a genre only limits the creativity of creators, so we tried not to worry about the genre of the game.

Each of the lead characters in BUSTAFELLOWS is someone who might be considered a bit shady or intimidating. How did you develop the members of the cast and what was your goal for each love interest?

minetaka: I think about it as, there’s a fictional city, where there are things happening, and people living.

If you think too much about making a good-looking character or a unique character, you will end up with them being out of place.

We have nurtured the story and the characters, hoping to make them as real as possible; as if they were alive, as if they really existed, and even more as if they were a part of our daily lives. I don’t think "romance" is the goal in their story, nor is it the most important thing. I think that showing their qualities in family, love, friendship, and romance in all of them, is what gives life to the characters. 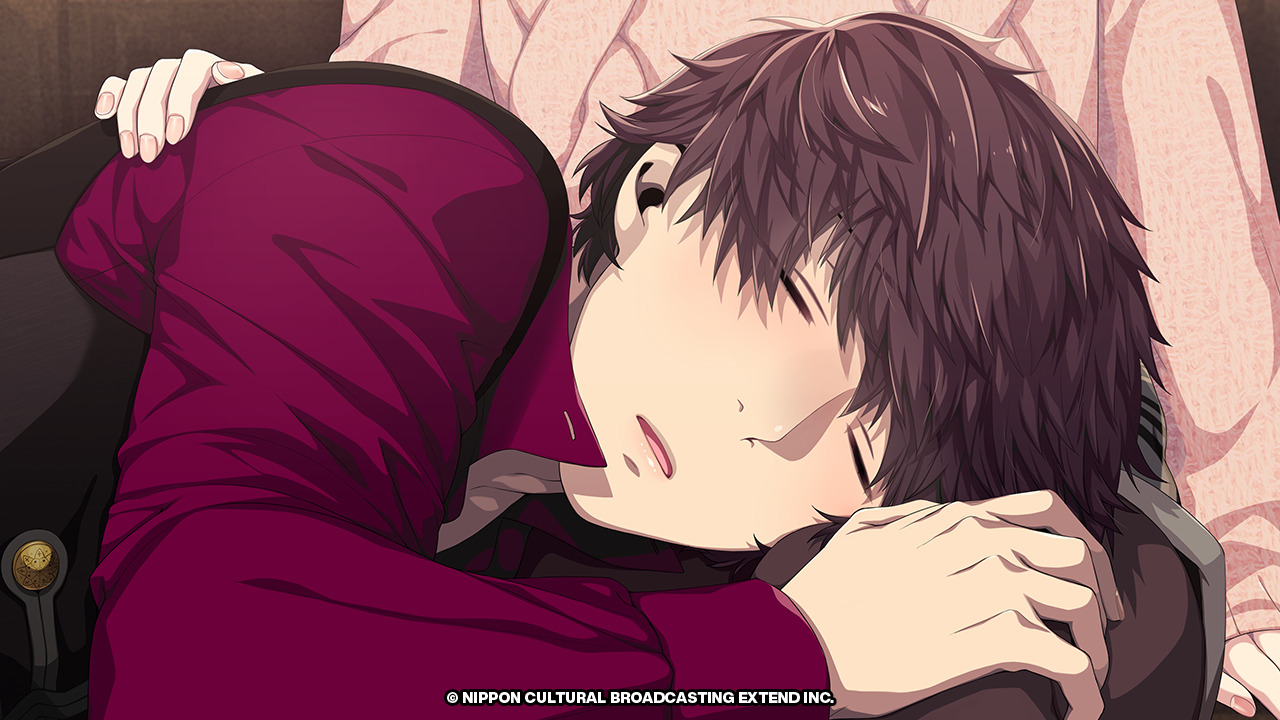 The storylines in BUSTAFELLOWS are a bit darker and more mature than people might typically expect from an what some might call an otome game. How did you come up with the concept and what led you to choose this direction?

minetaka: As I mentioned earlier, I didn’t make it because I thought of it as an "otome game." Also, I try not to think about it as "generally, otome games should be like this." We have been working on our ideal and on what we think would be cool and interesting.

When creating BUSTAFELLOWS, I had the themes of crime and suspense from the beginning. I think it’s a very compatible theme for a text adventure game.

I created this game design so the player could act as the main character and get to immerse themselves in the story while playing.

What were you going for with each character’s design? For example, Scarecrow can look youthful, but intimidating.

Also, since there are many characters who are siblings or otherwise related, I designed them while keeping in mind that they have the same DNA. 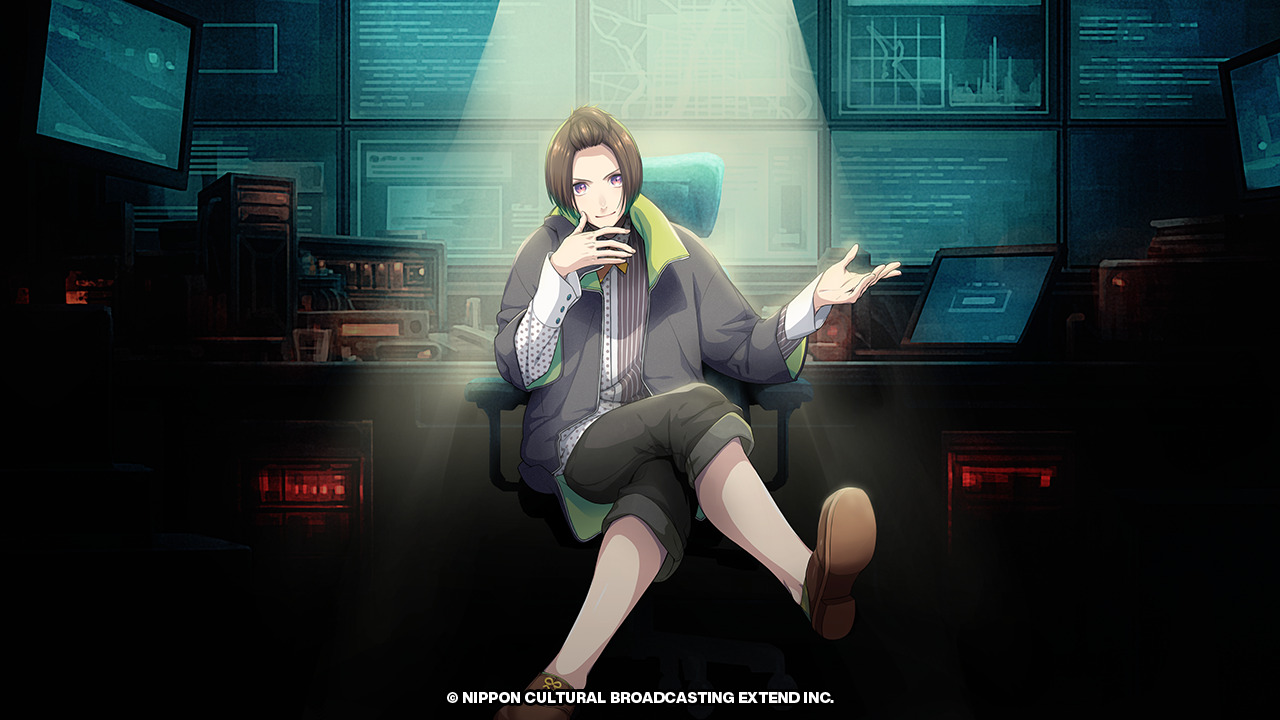 How did BUSTAFELLOWS go from a Japan-only game to getting an English localization and worldwide release?

minetaka: I believe that we live in a wonderful age where movies, music and anime are no longer something that can be enjoyed only in one country but can instead be enjoyed by people all over the world. Of course, the same applies for games, but we didn’t think it would be the case with the text adventure game that we had created because there were barriers such as the language and the cultural understanding.

This is when were contacted by PQube, and decided to work together on the game localization.

BUSTAFELLOWS is a crime suspense story set in a fictional American city, but we were a little bit worried whether an American city made by Japanese people is acceptable. Of course, we didn’t want to create a "perfectly imitated American city," we were aiming for a unique culture, so it didn’t have to be similar, and it’s natural that it’s different from an actual American city.

I wonder if it is it the same feeling as seeing Japanese culture drawn by people overseas for us. It’s a little different from what we take for granted, but it’s also interesting to see if it looks like this from an overseas perspective, or if this is what makes it attractive. So, I hope you enjoy the fictional American city we have created in this way.

When playing BUSTAFELLOWS, which order would you recommend playing routes in and why?

minetaka: BUSTAFELLOWS is made with the theme of "playing movies." A movie has a solid storyline and direction, it is a medium that you can enjoy by watching it passively from the beginning to the end. In addition to that, BUSTAFELLOWS is a game that allows you to take the lead.

It is best to choose the options you like and have them play. Some people may be worried about spoilers and want to know the order in which they should play, but please be assured that the information that you do not want to know first is hidden so that it does not get in the way of the story. 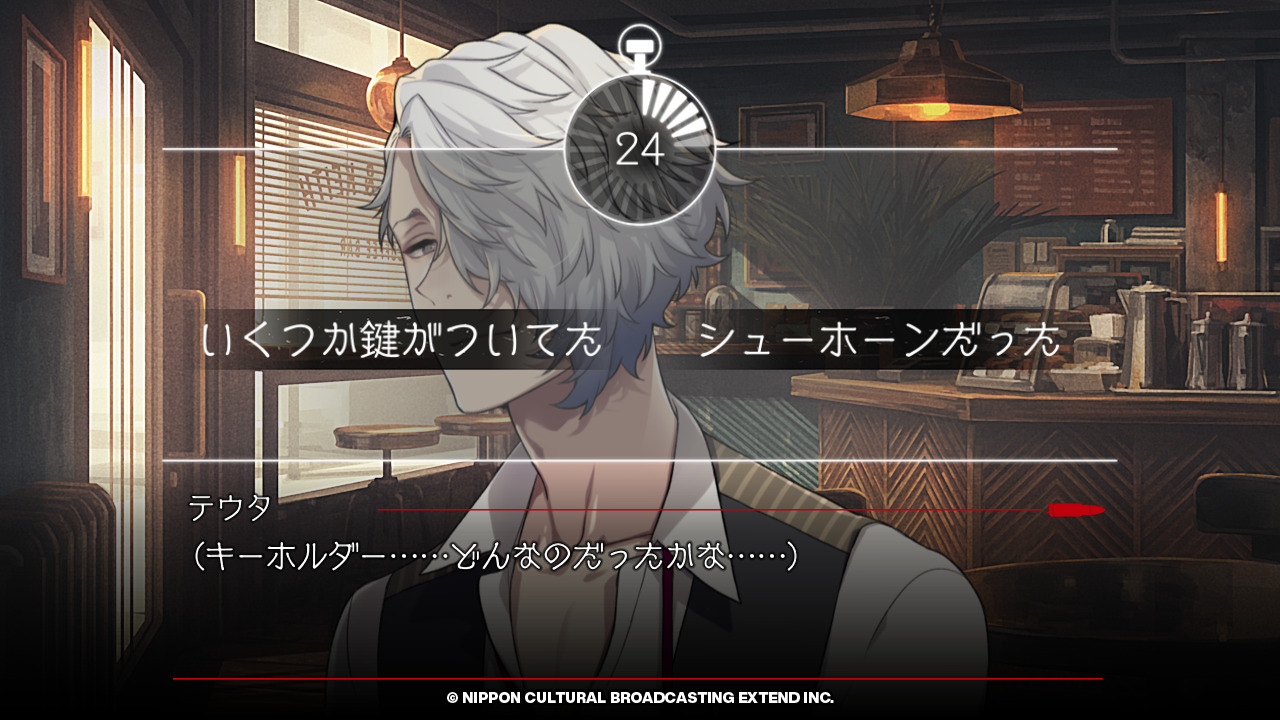 What is it like developing for the Nintendo Switch, following releases of games like Side Kicks! on the PlayStation Vita? How does development between the two platforms compare?

minetaka: I think platform selection is a difficult task for any game. Not only does it have to be optimal for the content of the game, but the market opportunity is also important. In Japan, the mainstream audience that used to be mobile users is gradually shifting to Nintendo Switch, and smart phones such as iPhone and Android. It is important to be present on such a platform with high penetration rate.

Regarding the localized version, we would like more people to play it by releasing it on Steam, which has a large number of users overseas.

Also, I think the key to text adventure games is to be able to play on the go, just like how you can enjoy a book anywhere.  Unlike with a multiplayer game, you can have a great time alone with a game like BUSTAFELLOWS while immersing only yourself in the story, which is perfect for portable game consoles.

In Japan, BUSTAFELLOWS is available on both the Switch and mobile devices. Did you notice different sorts of feedback on the story from people on different platforms?

minetaka: I don’t think there is a big difference, but the Nintendo Switch version seems to have been played by many people who originally played consumer games, and many people had also played Side Kicks!. On the other hand, I feel that many of the people who played the smartphone version were playing a text adventure game for the first time. Little by little, there seems to be a difference in the "game history" and "play environment" of the players.

By releasing it to smartphones such as iPhone and Android, I think we were able to lower the barrier to entry even for those who did not have the habit of spending a lot of time playing games.

Last, but not least, the most important thing I think about when making a game is the bond between the game world and the player. The fictional city "New Sieg", which is the stage of the game BUSTAFELLOWS, exists, the characters are alive, and they always have that consciousness. Even after the game is turned off, there is a city called New Sieg in the corner of players’ daily lives, and the characters are still alive in their minds. I hope you [the audience] can feel such a bond through the game.

BUSTAFELLOWS will come to the Nintendo Switch and PC via Steam in 2021. It is also available on mobile devices in Japan. Its official website is open.