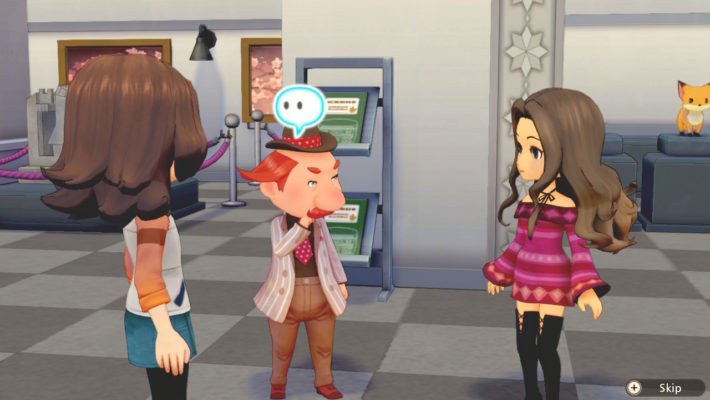 Story of Seasons: Pioneers of Olive Town is available worldwide and already making quite a splash, what with over 700,000 copies shipped out. The new entry takes inspiration from older games and its contemporaries. To help get a better idea of what to expect and what makes this installment unique, Siliconera spoke with Director Hikaru Nakano about the game and its new features.

Jenni Lada, Siliconera: Story of Seasons: Pioneers of Olive Town seems to build on a lot of concepts from past games, like the farm decoration elements from Harvest Moon: A New Beginning. Which ones were most influential?

Hikaru Nakano, Marvelous: The 3DS games had a lot of influence, since they published most recently. During the planning stages for Pioneers of Olive Town, I think I drew the most inspiration from Friends of Mineral Town and Harvest Moon DS. But I didn’t necessarily have a specific title in mind. As we developed the game, I thought it seemed most like Magical Melody.

How did other farming simulations influence the direction this time? For example, I noticed that you start off with crafting recipes and makers fairly early on, elements both Stardew Valley and My Time at Portia offered.

Nakano: In addition to Animal Crossing and Stardew Valley, I played other games both for research and fun. I appreciated each game’s unique characteristics. We made quite a few updates and changes to the UI, visuals, and gameplay for Pioneers of Olive Town, so I’m sure many different titles influenced us at various points during the development process. 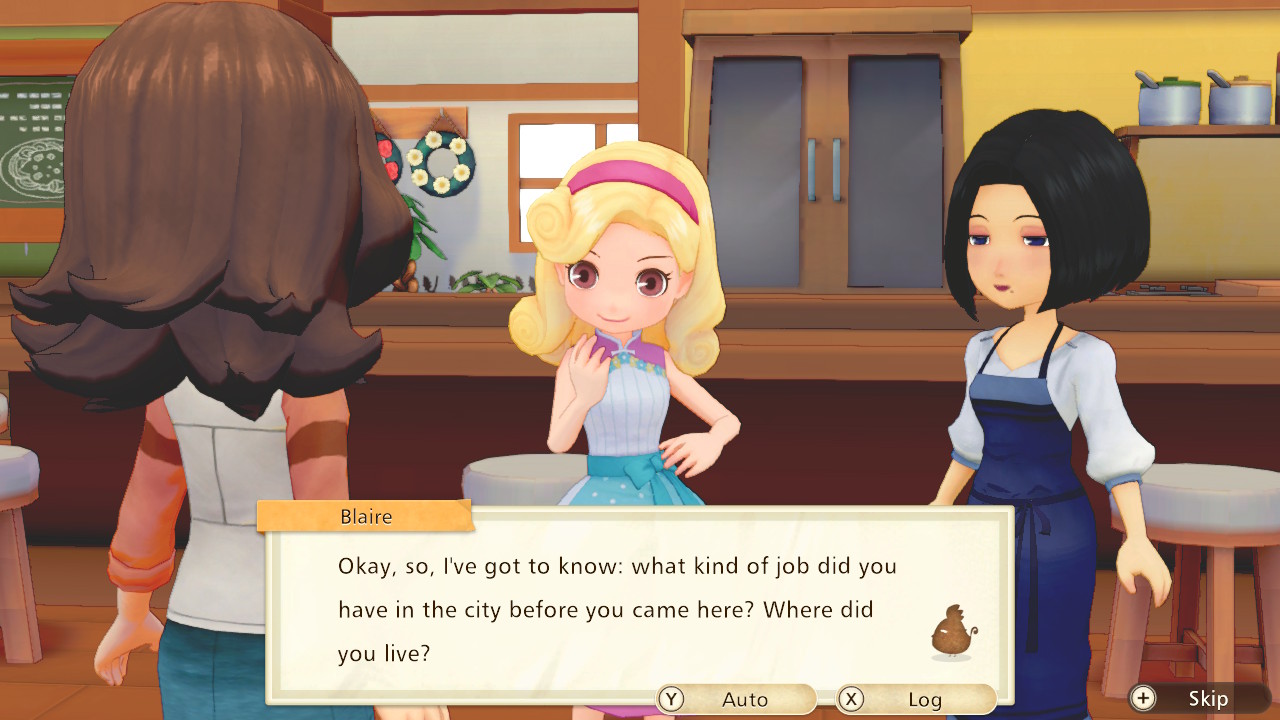 How do you see crafting adding to and possibly changing around people’s routines? Could you see manufacturing as a new viable front for players to make money?

Nakano: Actually, crafting should push you in an entirely different direction. As you continue to develop the land, you’ll get your hands on all sorts of materials. Rather than sell these materials as-is or process them to make more money, you can enjoy using them to create something with your own two hands.

This time around, people have more freedom when creating characters due to no gender-locked body types, hairstyles, and voices. What led to this design direction?

Nakano: For this title, we wanted to take a second look at all the game elements that we took for granted and update them as we saw fit. Character creation was no exception. We took many factors into consideration during the design process and received a lot of feedback from people outside the development team, including XSEED team. Ultimately, we decided to let the player settle on their appearance before choosing their gender.

There are two difficulty levels this time around. Exactly how different are they and what went into balancing each one to ensure they’re suitable for farmers of all levels?

Nakano: This game comes with a Normal Mode and a Seedling Mode. The game progresses a bit faster in Seedling Mode, while we designed the game’s overall balance around Normal Mode.

We balanced the game in such a way that players can do whatever they want at their own pace, but players who don’t have much time on their hands or haven’t played Story of Seasons before should enjoy Seedling Mode because it speeds up many elements of the game. 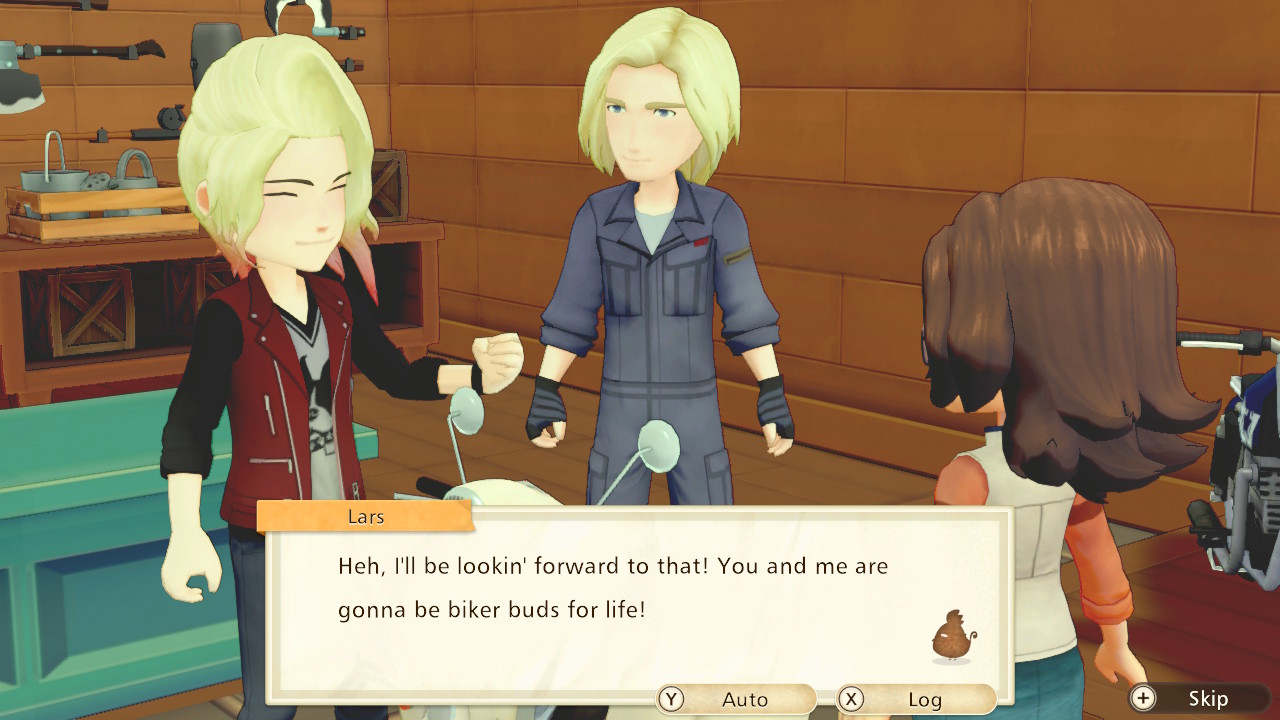 Things will be a bit more fanciful this time, with places like a giant beanstalk to visit. How did you come up with locations?

Nakano: We designed several areas around the player’s farm to harmonize with the topography of Olive Town. However, the sky area that you mentioned was inspired by an earlier title.

Story of Seasons: Pioneers of Olive Town will have multiple add-ons that add new characters and locations. How did you decide which characters and locales to bring back? And how immersive can people expect these extra expansions to be?

Nakano: You’ll definitely see some familiar faces from earlier games in these expansions. With the exception of Friends of Mineral Town and A Wonderful Life, I imagine each title as existing in its own little world, so I don’t see these characters as guests or main characters in another game. Still, we wanted to avoid adding in all these different characters without putting much thought into it. This DLC is supposed to celebrate the series’ 25th anniversary, after all.

Character popularity influenced our decisions somewhat, but we also asked team members who worked on earlier titles for their opinions and thought carefully about who’d be most likely to move to Olive Town.

In addition to these characters from past games, the DLC includes new costumes and story content that we think players will enjoy.

Part of the novelty of this installment is how much is offered to players without spending money, like having farm animals you can tame on your land or random crops growing to unlock seeds. What led to these more natural gameplay elements?

Nakano: The game’s pioneering theme had a big impact on these gameplay elements. Your farm is located in the forest, and as you develop the area, you can increase its size and make all sorts of discoveries. This process lets you live off the land by using the forest’s natural resources to support yourself.

Story of Seasons takes the theme of living close to nature very seriously, and we made sure this idea was reflected in the player’s experience, such as when they feel appreciation for the bounties of nature, or live life courageously despite an ever-present fear of getting lost in the woods. 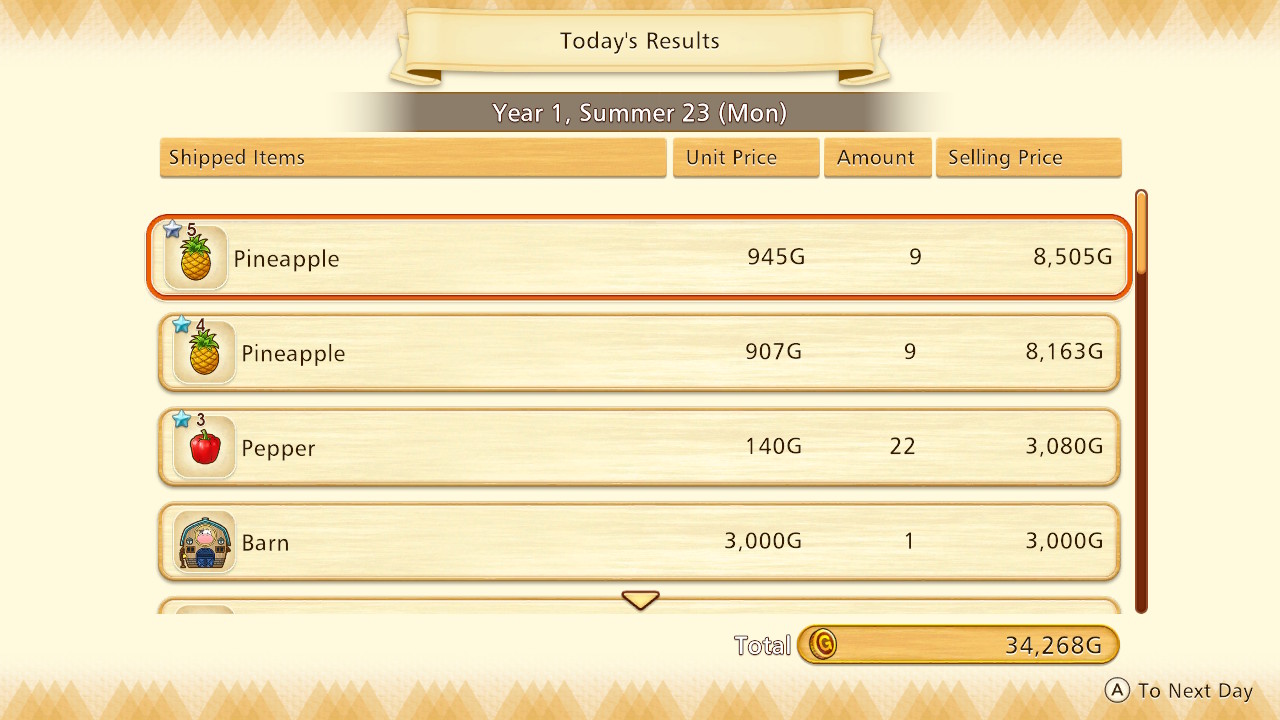 Which quality-of-life adjustment in Story of Seasons: Pioneers of Olive Town are you most proud of?

Nakano: You receive an in-game camera, and you can use its viewfinder to look around and take photographs. This made taking a leisurely stroll through the forest much more enjoyable, which is something I’m quite happy about.

For people just getting started in the game, what do you think are the most valuable crops and animals to invest in? Which do you like to specialize in when you run your farm?

Nakano: I definitely recommend growing turnips. We designed them to be one of the player’s first crops, so it’s easy to grow them and turn a decent profit. As for livestock, I recommend chickens. You rebuild a chicken coop while developing your farm, and they’re wonderful animals that lay eggs for you. However, I understand if some players want to jump right into raising cows.

When I play, I like to raise animals while also enjoying mining and fishing.

Story of Seasons: Pioneers of Olive Town feels like an installment that keeps growing, due to unlockable areas and town upgrades. How influential is someone’s opinion when they supply materials or opinions to the mayor?

Nakano: Just as you said, we designed the gameplay options to expand over time.

The player’s approach toward dealing with the mayor will affect how Olive Town develops. As it grows, the number of gameplay options will increase. For example, you can eventually create new costumes. But the town’s level of development doesn’t limit your farm’s development in any way, so you can focus on expanding each one at your own pace. 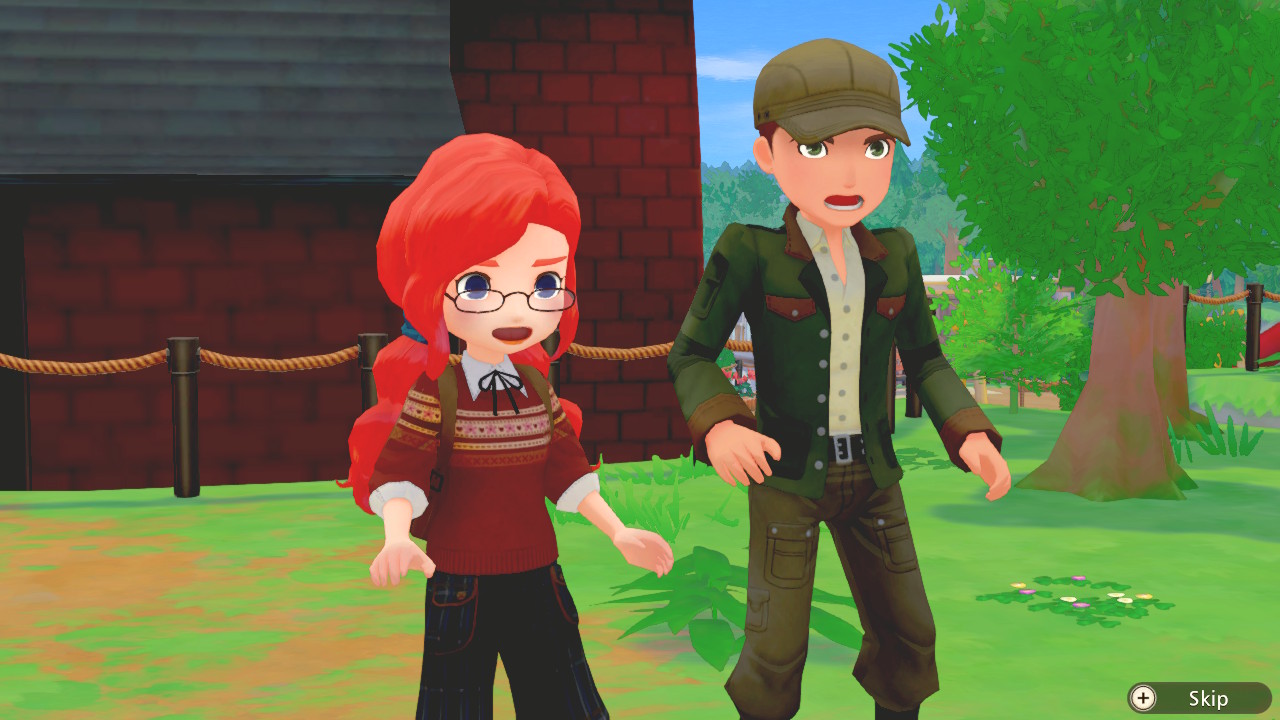 Winter can sometimes feel like the “do nothing” season in Story of Seasons games due to the way crops grow. How do you address that here with additional activities?

Nakano: We’re well aware of this issue. In this game, we added crops that you can grow during the winter.

With Story of Seasons games, part of the appeal is being able to play them for weeks, months, and years. What sorts of gameplay elements were included this time around to add to its longevity? How many post-game, family life sorts of events can people expect?

Nakano: Completionists should enjoy adding items to the museum’s collection and fulfilling Lovett’s food requests. As for events related to your family life, we included about as many as we did in Friends of Mineral Town, but wanted to do more. We plan to release additional updates, so stay tuned!

Story of Seasons: Pioneers of Olive Town is available for the Nintendo Switch.