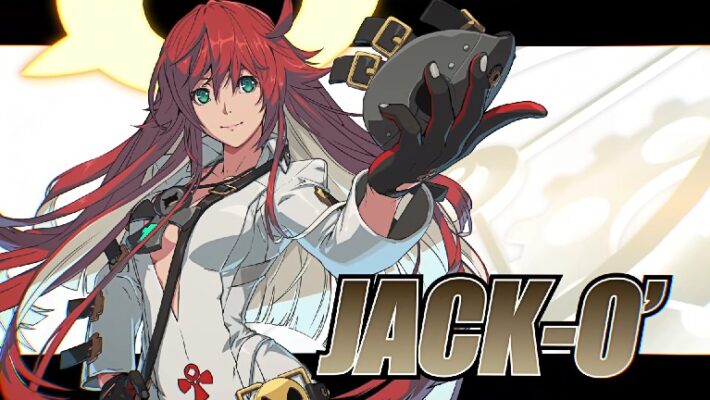 Arc System Works revealed the new playable character who will join the Guilty Gear Strive roster—-Jack-O. Players who have Season 1 Pass can play as her from August 27, 2021. Those who do not have a Season 1 pass can purchase her individually on August 30, 2021. In addition to Jack-O, a new color pack for select characters will be available in Guilty Gear Strive.

You can view the trailer for Jack-O here:

The video shows off Jack-O’s ability to control the field from both a distance and close quarters using her minions. Originally, her battle style took influence from the real-time strategy tower defense of Guilty Gear 2 Overture, though her character trailer does not show off these functions as much. Arc System Works has not shown off her entire kit yet, so it is hard to grasp the entirety of her mechanics.

Jack-O first appeared as a playable character in Guilty Gear Xrd. Earlier this summer in July 2021, Goldlewis Dickenson made his proper fighting game debut as the first DLC character for Guilty Gear Strive. After Jack-O, Arc System Works will introduce a final DLC character for 2021. In the case of Goldlewis, Arc System Works showed off a gameplay trailer to familiarize players with his style. The developer will most likely have a similar video for Jack-O appear closer to her launch date.

Guilty Gear Strive is readily available on the PlayStation 4, PlayStation 5, and Windows PC. Players with the Season 1 DLC pass can access Jack-O on August 27, and she will be available for individual purchase on August 30, 2021.