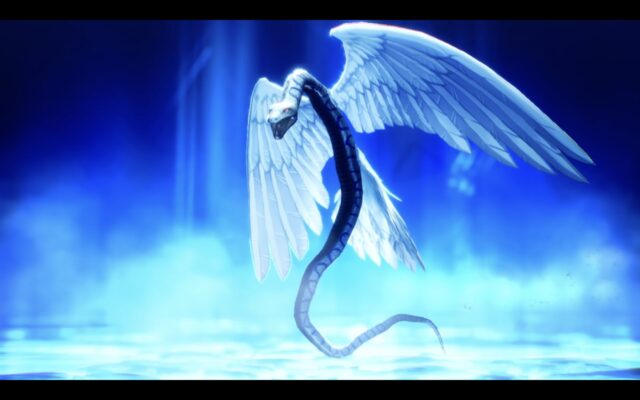 The two SMT V demons for October 19, 2021 already appeared. This time, both characters take flight. Atlus showed off how Quetzalcoatl and Incubus will appear in SMT V.

Quetzalcoatl ended up being the first of the SMT V demons to appear today. This winged snake is based on the Aztec god of the same name. The character uses damaging and healing skills in the trailer. For example, Maragion+4 comes up first. Then he used Matarunda+2 to lower foes’ attack. Finally, he used the revival skill Recarm.

People can see the Incubus SMT V trailer on YouTube. Note that due to his design and attire, it is a bit not-safe-for-work. As in past games, he learns Force skills. Zanma+1 shows up.

There will eventually be one video for each of the 214 SMT V demons. Each one shows them in and typically out of battle. In case you missed some, here are the two that showed up before the trailers for Quetzalcoatl and Incubus.