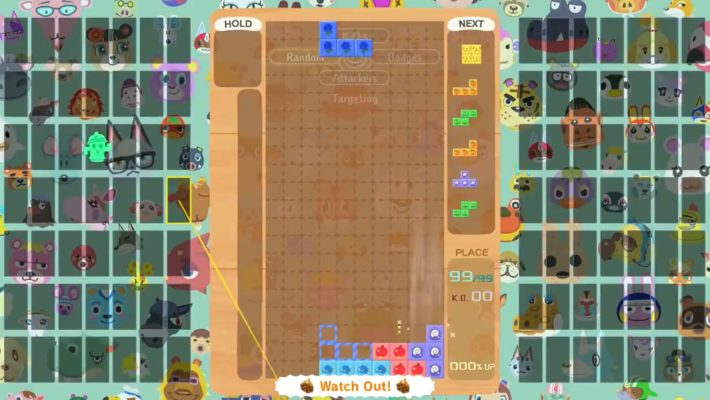 A few Tetris 99 themes are coming back! Nintendo announced that people who missed out on the Animal Crossing: New Horizons, Luigi’s Mansion 3, and Ring Fit Adventures designs will have a chance to play and call dibs on them in August 2020. In each instance, people will only need to earn 50 points, instead of 100, from playing to get the background.

The first returning theme is the one for Animal Crossing: New Horizons. It originally appeared in May 2020. It will return on August 14, 2020 and run until August 16, 2020. In case you missed it, here’s what that one looks like in action.

Finally, there’s the Ring Fit Adventure theme. It debuted back in April 2020. People will get their second chance to grab a copy between August 20-22, 2020.

You’ve got until 4:59pm AEST on 28/04 to take part in the #TETRIS99 Grand Prix 12 and earn yourself the event-exclusive Ring Fit Adventure theme! @tetris_official