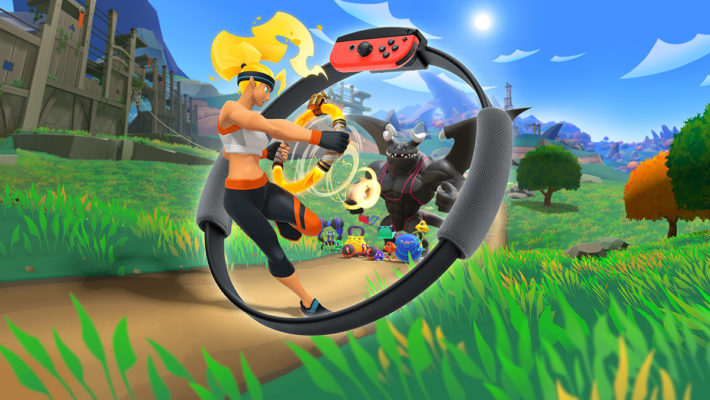 Actually finding a copy of Ring Fit Adventure is rather impossible, given how it found success following the spread of COVID-19 as a means to get exercise without leaving a home. However, there’s a way to at least experience a bit of its atmosphere. While people could be waiting for a Ring Fit Adventure restock, they can participate in a Tetris 99 event based on the game. It will be held from April 24-27, 2020.

The Tetris 99 Ring Fit Adventure event proceeds like every other weekend Maximus Cup held in the puzzle game so far. You’ll compete against 99 other players, as usual. Depending on your rank at the end of the match, you’ll receive event points. When you tally up 100 points, you get a Ring Fit Adventure theme that you could permanently use when playing Tetris 99. (You’ll also see this theme in full force when participating in the event that weekend.)

Give your thumbs a workout with the #Tetris99 12th MAXIMUS CUP, featuring #RingFitAdventure! Starting 4/24, play to earn at least 100 event points to unlock a Ring Fit Adventure theme in Tetris 99. @tetris_official pic.twitter.com/MxyTk5jv5E

As far as Tetris 99 goes, the game has continually offered new themes based on other iconic Nintendo series. For example, the September 2019 and October 2019 Maximus Cups gave people a chance to earn Super Kirby Clash and Luigi’s Mansion 3 themes to use in-game. A Pokemon Sword and Shield Maximus Cup appeared in November 2019.

When it comes to Ring Fit Adventure restocks, Nintendo hasn’t provided any solid dates or information about when to find one. However, checking on different unofficial sites can help. For example, turning to something like Brickseek would allow you to check and see if Target or Walmart has one in-stock.