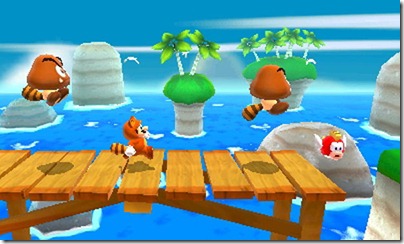 Famitsu publisher, Enterbrain, are back with another sales tidbit, and they report that the Nintendo 3DS crossed the 4 million mark in Japan last week. During the week, the Nintendo 3DS sold 510,629 units, the highest reported weekly sales for the system thus far.

Additionally, the system has its first million-selling games as well, Enterbrain report. Both Super Mario 3D Land (1.04 million) and Mario Kart7 (1.08 million) crossed the million mark last week. This large spike in sales all around has been attributed to the holiday week in Japan.

Since Monster Hunter 3G isn’t mentioned, we assume that game has yet to sell a million copies. Capcom hope to sell 1.2 million copies by the end of March.