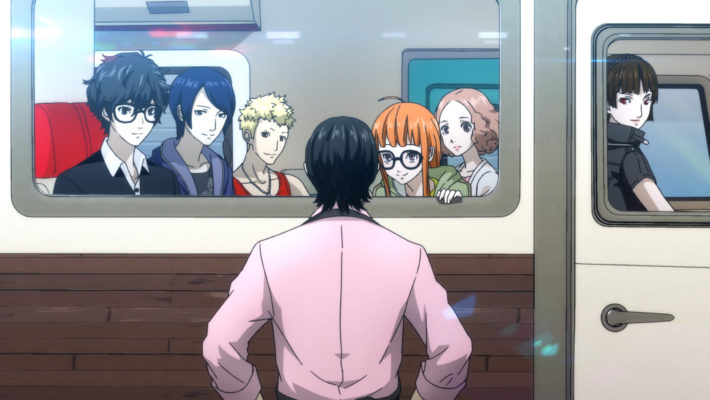 Once again, it looks like a Persona 5 Scramble English release could be upon us. Even more evidence for a localization has appeared. This time, it comes from Koei Tecmo, whose Omega Force studio helped make the Persona 5 sequel. In the Koei Tecmo Fiscal Year 2019 report, which covered through March 2020, the seventeenth page looking at upcoming games mentions localizations of Persona 5 Scramble and Nioh 2 DLC. [Thanks, BlackKite!]

The portion looking at upcoming games focuses on four titles. The first two mentioned are entirely new games with solid release dates. One is the seventh Haruka: Beyond the Stream of Time game, which will appear on the Nintendo Switch in Japan on June 18, 2020. Then there’s Fairy Tail, which will come to the Nintendo Switch, PlayStation 4, and PC in Japan and Europe on June 25, 2020 and in North America on June 26, 2020. After that, it looks at items planned for the west, with the Nioh 2 PS4 DLC and Persona 5 Scramble English releases both mentioned. 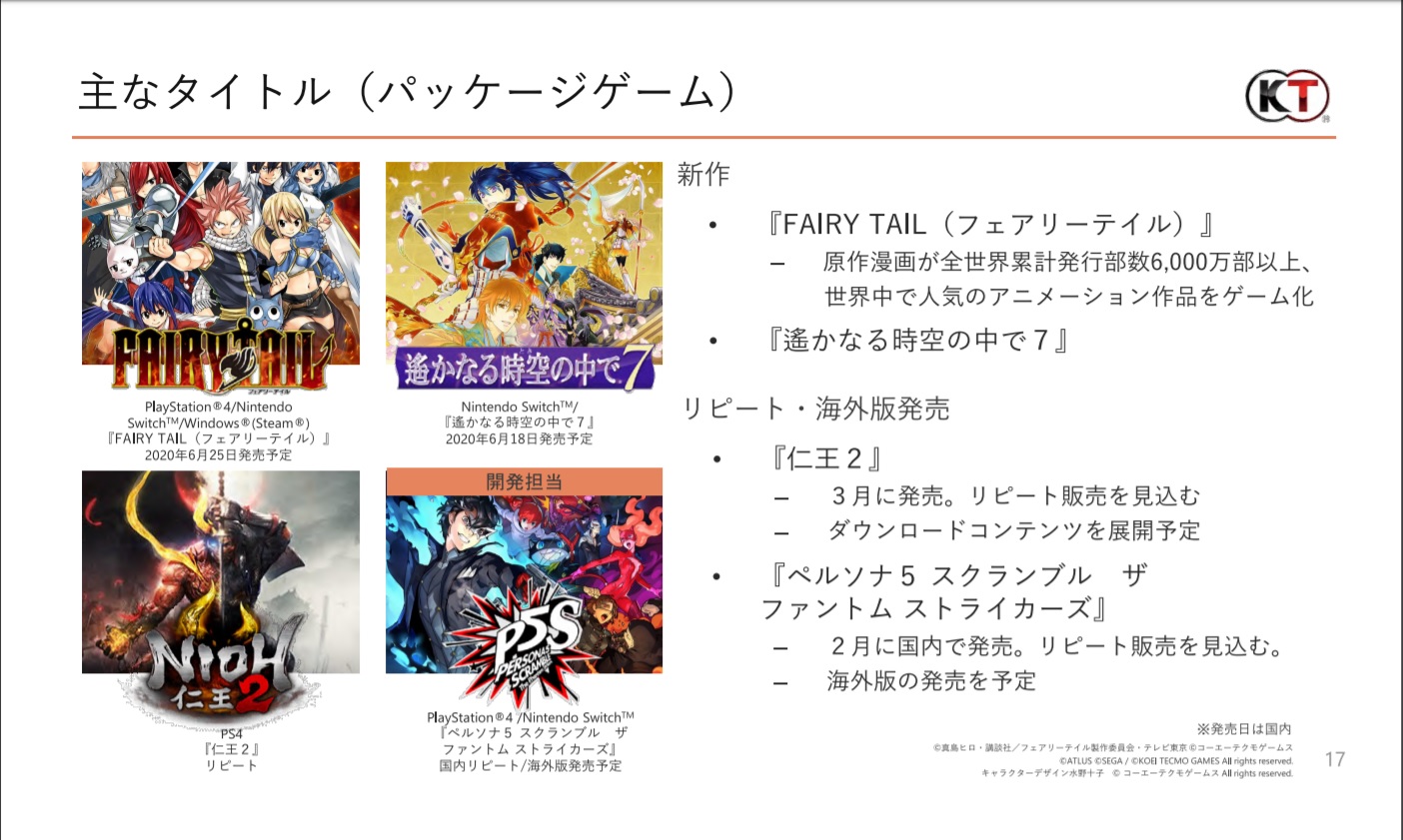 This is the second recent hint at a potential localization. Back at the end of March 2020, a Persona 5 Royal survey was sent out. In it, Atlus asked people about a Persona 5 Scramble English release. Specifically, it asked people, “How interested would you be in purchasing Persona 5 Scramble: The Phantom Strikers if it were to be released in the West?” There were five possible levels of interest, ranging from “not interested” to “very interested.”

As a reminder, Persona 5 Scramble is a Musou spin-off, beat’em up set after the events of the main game. Joker and Morgana have returned to Tokyo to spend summer vacation with their fellow Phantom Thieves. However, there’s a new app out there called EMMA and, after using it, the team discovers that there are now “Jails” in Japan filled with Shadows and ruled by corrupt “Kings.”

Persona 5 Scramble is available on the Nintendo Switch and PlayStation 4 in Japan.