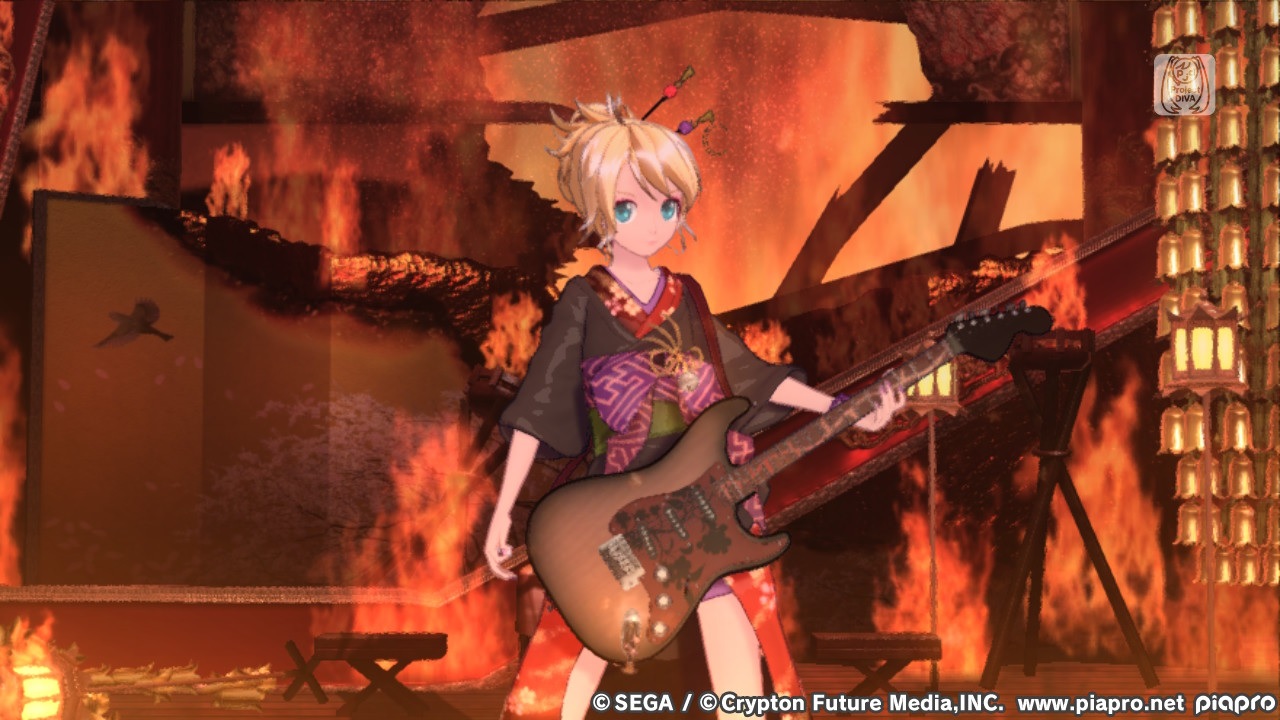 The Hatsune Miku: Project Diva series is great. With each one, we’re getting collections of amazing Vocaloid songs that are already some of the best of the best out there. The thing is, people coming to these games could be entirely new to Vocaloids. They might not know who they are or what sorts of songs they could like. Which could be further exacerbated if they aren’t familiar with Japanese rock and pop music. Which brings us to this, a Hatsune Miku: Project Diva Mega Mix song guide. Since there’s no way to sort by “genre” in-game, here are a few selections people can quickly jump into that might fall in line with styles they already know they enjoy.

The theme song for Hatsune Miku: Project Diva Mega Mix, it has a great chorus and is definitely an earworm.

This upbeat track is definitely poppy, but is the sort that could easily transcend genres.

There’s an exceptional piano part throughout the song and its concept, about someone trying their hardest and being supported by Miku, is quite identifiable.

While there is a traditional Japanese music vibe to it, the fact that it pairs Miku’s poppy vocals with Kaito’s raps makes it mimic something you’d hear on a weekend countdown.

Yet another sorrowful song, this heartfelt alternate take on a Cinderella story has a prince and potential princess who do love each other, but the young woman knows she will end up having to kill her love at the end.

What really sets this song apart is how for much of it, it really focuses only on Miku’s voice accompanied by a piano and keeps returning to those two parts as the focus of a moving song about heartbreak.

While the other ballads here have all been about heartbreak, this is one about an active love where the two women deeply love one another deeply and are drawn together like magnets.

This is one of the most bubbly Hatsune Miku songs out there, with the repetitious “ageage again” turning into an inevitable earworm. It is bubblegum pop at its finest.

Ah, another bubblegum pop song. Here we have Miku and Rin’s vocals paired together. If you like The Idolmaster, it sounds like the sort of song one of the groups would perform on stage, and the Hatsune Miku: Project Diva 2nd video shown in the Niconico video even has it performed like a brief idol live to drum up interest in a group.

There’s a very casual back-and-forth with “Just Be Friends.” Even though we’re hearing about a failed relationship, everyone seems to be ready to move on and, well, be friends. It’s cordial.

Easily a candidate for a ballad as well, this love song keeps things constantly upbeat and memorable.

While there are electronic influences here too, the guitar parts are exceptional and really stand out.

The guitar parts and pairing of Miku and Rin on a rock track always get me, and I love how the music video calls to mind series like KON! with the two depicted as high schoolers with a band in their spare time attempting to compete.

Yet another Miku song with guitar sections that really stand out, this also has a sort of gritty and real feel to it. (I also wish there was an extended version with a drum solo.)

Now this Rin rock song delivers on drum solos. I always think of it as her “rage” song, since in Hatsune Miku: Project Diva F and subsequent games, the music video has her literally burning the house down.

There’s a bit of a jazzy hook to “Karakuri Pierrot” that keeps it from sounding like the typical Miku song. It’s not R&B, but there are some fun moments where it plays around with the tone and beat and feels different.

Now here’s the real jazzy Miku song. The syncopation gets me when actually playing it, as right when you think you’re starting to see a pattern you can rely on, you might het a hold note or see another note come up quicker than expected.

Funny how OSTER Project is responsible for multiple songs here! (The producer also did “Miracle Paint” and “Piano x Forte x Scandal.”) This is a Meiko and Kaito song that songs like it could be playing in a pub or before a big heist.

Another Meiko song that sounds like it could be played in a piano bar. It has this sense of rushing and building while, yes, keeping a tone that seems somewhat smoky.