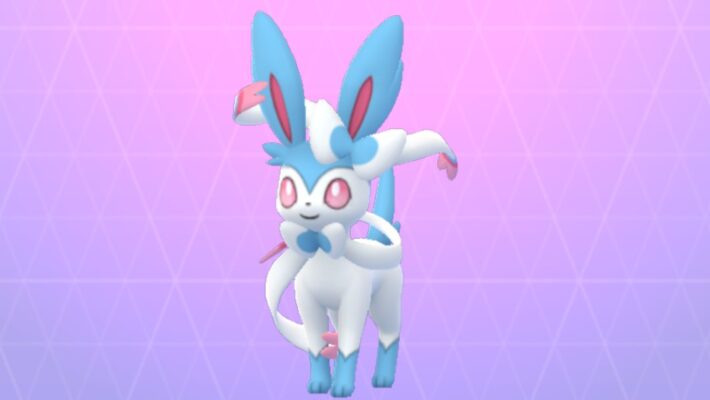 It will be much easier to evolve Eevee into Sylveon in Pokemon GO this weekend, as the Eevee Community Day weekend will relax the evolution method for this Eeveelution. Between August 13-16, 2021, the heart requirement to evolve the character will be drastically reduced. As for the Eevees, those will only be more common during certain hours on August 14, 2021 and August 15, 2021.

Normally the evolution method to evolve Eevee into Sylveon in Pokemon GO requires you to earn hearts via Buddy interactions. You make an Eevee your buddy and do things like feed it, take pictures with it, battle with it, and visit new places together to accrue hearts. When you have a total of 70, you can evolve it. Between August 13-16, 2021, you will only need seven hearts total.

Though, if you haven’t gotten one yet, there is another, even easier evolution method to use to evolve Eevee into Sylveon in Pokemon GO. All of the Eeveelutions have a “name trick” in the game. If you give the character that name, then choose to evolve it, it will essentially be forced to evolve into that character instead of a mystery one. If you name an Eevee “Kira,” then the status screen will show the Sylveon silhouette and let you evolve it to that character. This trick works once.

There is another bonus happening during the entire weekend. All Eevee evolutions can learn special attacks. Here’s the full list from Niantic’s announcement. Also, Eevees caught during this period will know Last Resort.