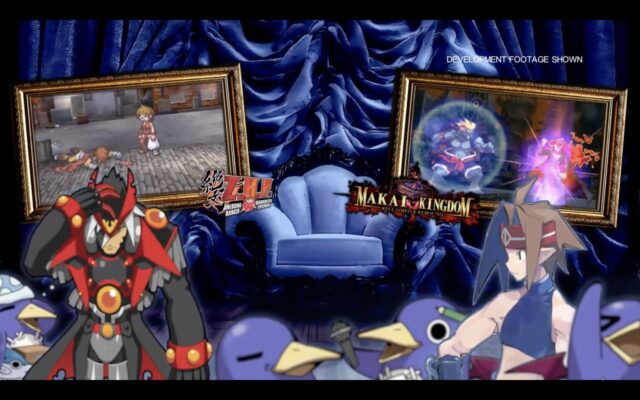 The NIS Classics Vol. 2 teaser site ‘s prediction was accurate. NIS America offered the reveal of the next two games to return, which are the PS2 strategy-RPG Makai Kingdom and the PSP roguelike Z.H.P. Unlosing Ranger vs. Darkdeath Evilman. The two games will return on both the Nintendo Switch and PC. However, unlike the first compilation, they won’t reappear in 2021. Rather, this second installment has a Spring 2022 release window.

Makai Kingdom is the older of the two games. It follows Overlord Zetta after he inadvertently destroys his Netherworld by destroying a Sacred Tome. He then becomes an anthropomorphic book himself and sets out to restore his Netherworld and himself.

Z.H.P. follows an ordinary person who ends up inheriting the belt and potential power of the Unlosing Ranger. Your goal is to go through dungeons and better yourself so you can save the Super Baby from Darkdeath Evilman.

Here’s the NIS Classics Vol. 2 trailer showing off the two games that are about to return.