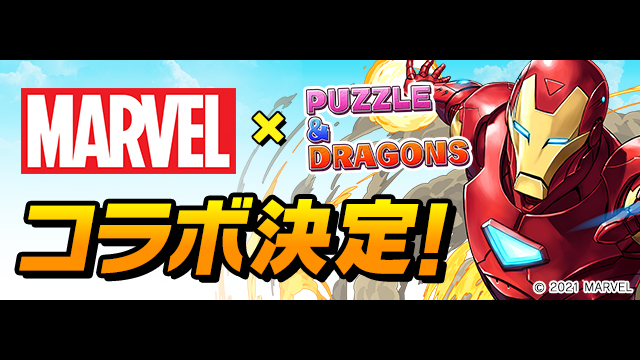 GungHo’s popular mobile game Puzzle & Dragons will add collaboration characters from Marvel for the first time. The Japanese client will hold the time-limited event from February 22, 2021, to March 8, 2021. [Thanks, 4Gamer!]

A version of Iron Man with the Extremis Armor will also be made easily available by simply logging in to the Japanese client within the collaboration event period. The game will then generate the character through the in-game mailbox.

Puzzle & Dragons launched first for iOS in Japan on February 20, 2012, with the Android version following suit in September 2012. It still manages to stay within the top 10 most grossing mobile games list. It had also previously held collaborations with many famous game and anime IPs, such as Persona, Devil May Cry, Evangelion, and Demon Slayer.

An English version of Puzzle & Dragons is also immediately available in the West. Though separated from the Japanese client, the English server also added various collaboration content. It recently held an event with the Kamen Rider franchise, which just ended on February 7, 2021.