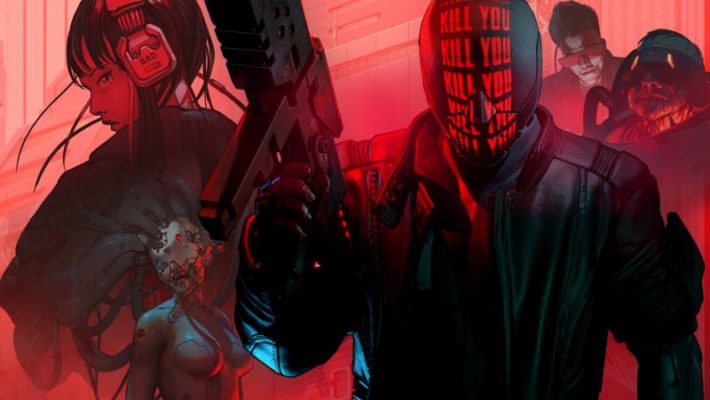 Cyberpunk is a hot topic these days, what with that giant, massive, huge, enormous open world RPG/Shooter on the way from CD Projekt RED. I’m looking forward to having fun in that world, but my expectations aren’t super high for the storytelling. I could be wrong of course, but the vibe I get from Cyberpunk 2077 is similar to the vibe I get from other, modern genre works in movies and games. It’s a frustration I’ve had for a while (there are exceptions, mind), but one game I got a chance to play recently really hit the cyberpunk spot. That game is RUINER, a gritty twin-stick shooter published by Devolver Digital and developed by Reikon Games. RUINER has a simple plot, but its sights, sounds, and implications do more for me and that genre than its peers. 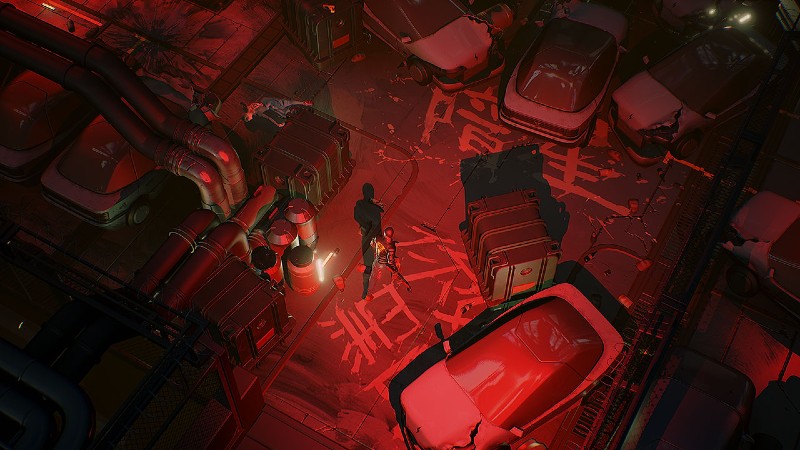 Using “punk” as shorthand for “visual theme” has always felt odd to me. When I see the word I think counter culture – I think of scraggly kids in self-tailored clothes, smoking cigarettes outside a dive bar. I think of music made more from banging on instruments than talent, and I think of beef with cops and opposing subculture groups. But in so many “genrepunk” works in pop culture, the player or protagonist is the cop themselves. Even in works I love for other reasons like Blade Runner or Ghost in the Shell, there’s an appeal to normalcy baked in behind the optimistic transhumanism and corporate misanthropy. Contemporary cyberpunk is often cool and fun, with bright colors, cybernetic sex, and big-ass guns. But cyberpunk isn’t always “cool,” nor “fun.” Sometimes cyberpunk is scary. RUINER gets that. 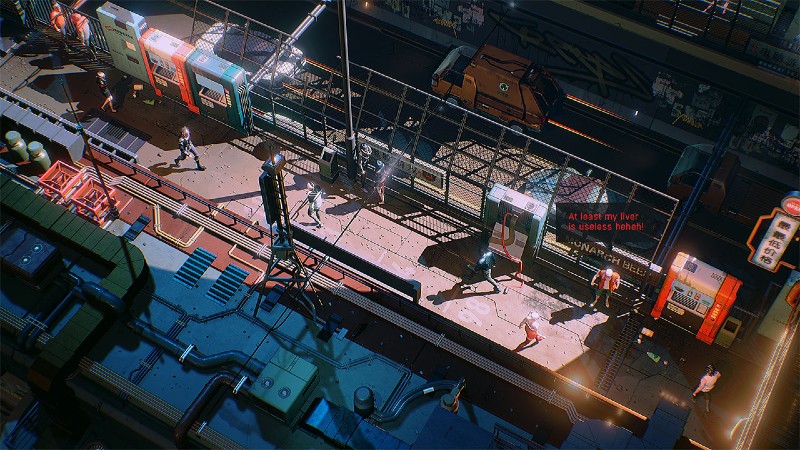 RUINER isn’t perfect; it sometimes borrows tropes from popular works it isn’t prepared to grapple or do anything with. But while it’s clearly inspired by works of the 1980s, RUINER draws heavily (perhaps unwittingly) from cyberpunk’s roots in the 70s as well. Nothing in this game, from its oppressive, choking atmospheric red haze to its “advanced” technology, are appealing or attractive by any conventional measure. The whole world looks like it’s in pain. The violence you cause as you hack, slash, smash, and shoot your way through the HEAVEN corporation’s rotting corpse is nothing compared to the violence done to this world before the game started. And that includes the body you inhabit as the player, a body that you may not even be as in control of as you think you are. There are no cool cyborg parts here – just cold, inorganic patchwork for ruined bodies. The only transhumanism is when you’re too poor to prevent hackers from commandeering your brain. 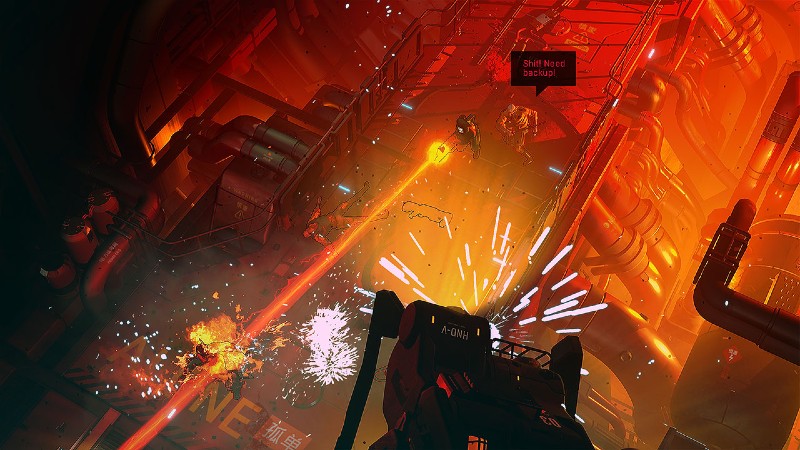 My time with RUINER on Switch has mostly been bashing and blasting bad guys. Don’t get me wrong, this is a snazzy action game above all else, so if you aren’t trying to think too hard, you can do that here. RUINER is a fun video game to play. But every little bit and piece, even when designed to make you laugh or smile, drives home the point that cyberpunk’s origins are in hard dystopian fiction. It’s a particular kind of dystopian, one born from real fear of changes in the world as the 1970s became the 1980s. This isn’t a sandbox, it isn’t a visual treat or a digital playground. RUINER sees humanity abuse its bodies to survive in a dying world, and they’re the ones who killed it.

RUINER is available for the Nintendo Switch, the PS4, the Xbox One, and the PC.