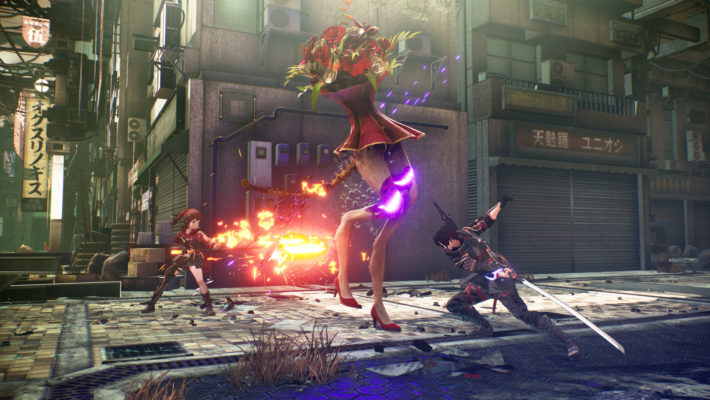 Scarlet Nexus Director Kenji Anabuki has been talking a lot about Hanabi and her abilities. The latest update goes into more detail about who she is as a person, rather than what her abilities can help her old friend Yuito do. It also helps explain why his she looks so youthful.

As Anabuki’s description noted, she basically seems to fit into the cheerful childhood friend character archetype. She might look a little younger because she was scouted earlier by the Others Suppression Force. (Which means her aging may have been halted earlier to ensure she’d be stronger.)

Bright and positive. Work hard on everything.

Since she was scouted by OSF, she studied at a school different from Yuito when he was a trainee.

The Japanese version of the cast is "TOMOMI MINEUCHI".#ScarletNexus https://t.co/ZXnieIOIkt

The last time Hanabi came up, her abilities were discussed. Namely, we learned how her pyrokinesis can help Yuito.

Anabuki also confirmed Tomomi Mineuchi is her Japanese voice actress. She’s most recently appeared in Slow Start as Eiko and in Joshi Kausei as Shibumi.