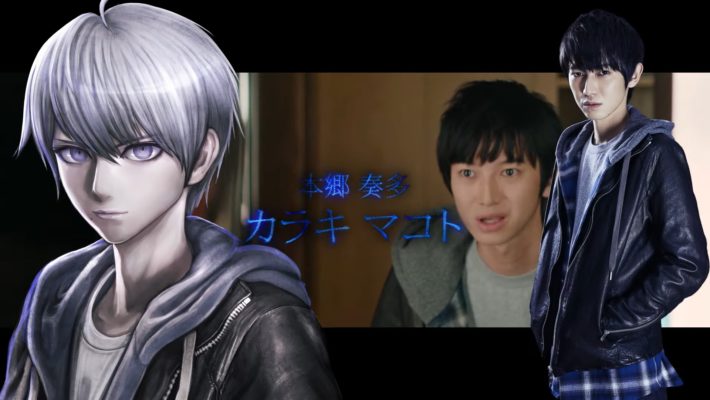 Death Come True, a mysterious FMV adventure from Danganronpa creator Kazutaka Kodaka, now has another vague connection to the other series. There are now Death Come True character portraits by Rui Komatsuzaki. the artist behind character designs for the Danganronpa series. These are just for fun images that appear in the trailer, offering a little callback while also providing more introductions to the cast.

The different Danganronpa-inspired designs begin appearing around the 40 second mark. First, there’s Komatsuzaki take on Makoto Karaki, the amnesiac character accused of murder who can travel through time. Then, it looks at police investigator Akane Sachimura. Another police investigator, Nozomu Kuji, gets a Danganronpa-like portrait next. We then see the Hotel Concierge, Nene Kurushima, and Kenichi Mino.

Komatsuzaki has worked on the Danganronpa video games and anime series’ character designs, as well as manga. He has also drawn characters for Fate/Grand Order, and the Assassin Cleopatra character he designed might look very familiar.

Death Come True will be appearing first on the Nintendo Switch and both Android and Apple iOS devices on June 25, 2020. It will also be headed to the PlayStation 4 and the PC, though those versions don’t have an exact release date pinned down just yet.