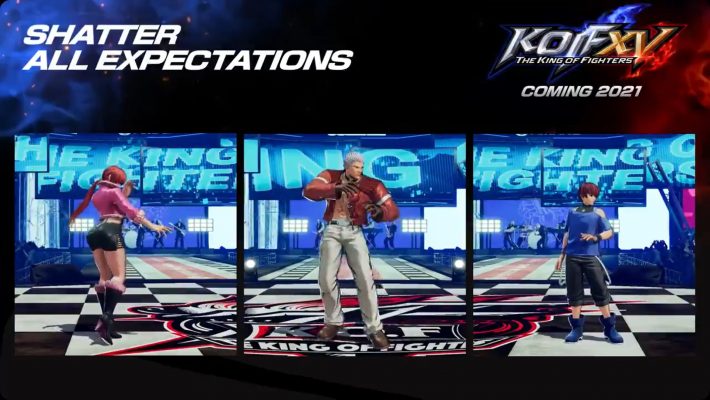 Now that Team Orochi, another one of The King of Fighters XV teams, is here, SNK started showing it off. This means people now get to see the idle animations for Chris, Shermie, and Yashiro in KOF XV. The video shows all three CYS members alongside each other, so you have an idea of their demeanors during a match.

Both Shermie and Yashiro are the more active of the two characters. Yashiro is constantly in motion, moving from one foot to another before encouraging a fight. Shermie is more showing off, as she’ll twirl around and check elements of her outfit to ensure she looks good. Chris is the most laid back of Team Orochi. He barely moves, except for one exclamation.

Here is a digest of the idle poses for each character in TEAM OROCHI!#SNK #KOF #KOF15 pic.twitter.com/6eEoo3IrEH

The King of Fighters XV is in development and will debut in 2021. SNK didn’t announce platforms for it yet.