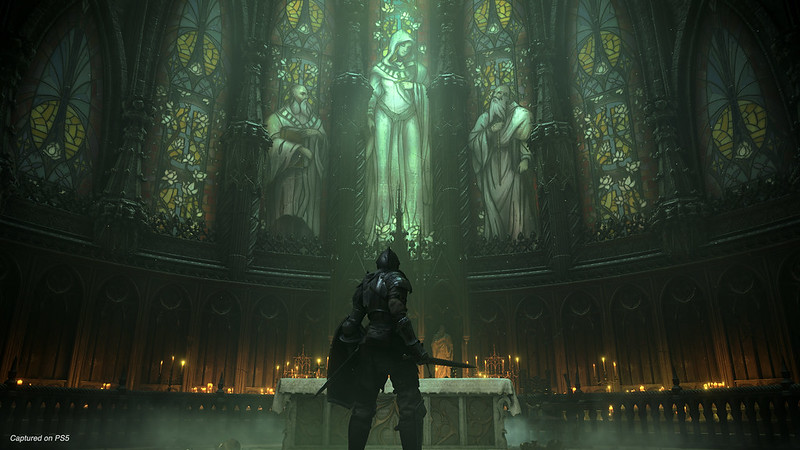 Sony’s official product page with details about the Demon’s Souls Digital Deluxe Edition updated, and it turns out some of its bonuses are exclusive. There are now notations next to different in-game items. It turns out two sets of armor and one weapon will only be available via that version. [Thanks, Vaati!]

When this version of Demon’s Souls was announced, Sony confirmed people would get a Boletarian Royalty Armor set, Red-Eye Knight Armor set, and Ritual Blade for their avatars. All three of these items now have an asterisk associated with them that labels them “Digital Deluxe Exclusive.”

This means of the four pieces of equipment offered in the Demon’s Souls Digital Deluxe Edition, only one isn’t limited to that version of the game. That’s the Hoplite Shield, which is labeled as an item people will get access to early as a result of buying this copy. (All of the other bonus items, like the Ring of Longevity and consumables like the Legendary Hero Soul also are noted to be early access items.)

As a reminder, the Digital Deluxe version of the game is $89.99, $20 more expensive than the standard edition. In addition to the extra items, it also gives people a digital copy of the game’s soundtrack.

Demon’s Souls will appear on the PlayStation 5 on November 12, 2020 in Australia, Japan, North America, and South Korea. It will show up in the rest of the world on November 19, 2020.