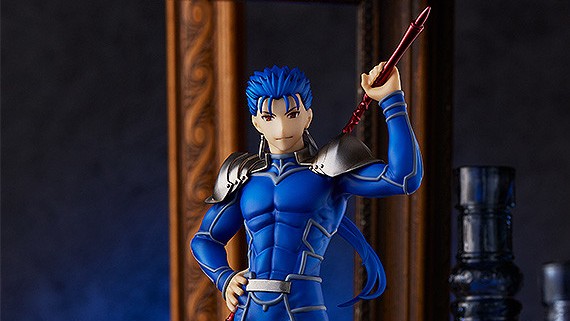 Good Smile Company opened pre-orders for its next Fate/stay night Heaven’s Feel figure, this time giving people a new version of the Fate series staple Lancer. The about seven inch tall figure will appear in Japan first in January 2022. Then in March 2022, it will ship out worldwide.

Lancer looks as he did in the trilogy of films in this new figure. Given his appearance is relatively stable, it also matches his looks in other anime adaptations and games like Fate/Grand Order. (However, his bodysuit looked quite a bit different in something like Fate/Extella Link.) As usual, he also wields the spear Gae Bolg.

Also, as a reminder, all Pop Up Parade figures are budget-friendly models. The price is always ¥3,900/$38.99 for each one. Lancer is no exception.

The Fate/stay night Heaven’s Feel Lancer Pop Up Parade figure will appear in Japan in January 2022 and North America in March 2022. Pre-orders close on October 27, 2021.