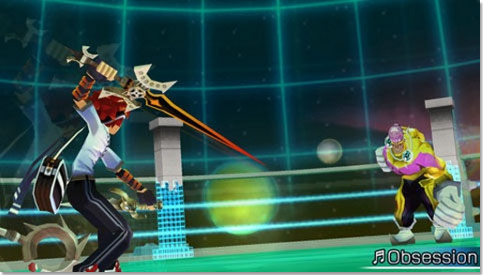 The week of March 1st – 7th, Dragon Quest IX made a return to the weekly top-ten chart in the form of an Ultimate Hits budget re-release. Considering the number of people that bought the original release, seeing the game sell another 40,000 units with the assistance of a lower price point is remarkable, and further proves that Square Enix’s implementation of weekly downloadable quests and social interaction helped offset second-hand sales. Last year, producer Ryutaro Ichimura stated that Dragon Quest IX experienced a 50% decrease in used sales, thanks to its online features.

Meanwhile, for a long-running series, there seemed to be relatively less interest for what Namco Bandai are calling the last .hack game. As a franchise, .hack has always been reliant on cross-promotion across a variety of media, so perhaps the fact that there is no TV anime pertaining to //Link played a role in its relatively lower sales compared to past games in the series. Of course, this is just speculation on our part. What the future holds for .hack remains to be seen.

The top-ten chart for the week of March 1st – 7th is as follows:

Unfortunately, as of this post, numbers aren’t available for games outside of the top-ten from our usual source. However, while we’re on the subject of Dragon Quest, the week also saw the release of two other DQ budget re-releases on DS, neither of which performed as admirably as Dragon Quest IX and charted far lower on the list.

Other new releases debuting outside of the top-ten were:

Meanwhile, The Legend of Zelda: Spirit Tracks continues to amaze by clinging onto the chart around the same position each week following its price drop. Star Ocean: The Last Hope International, too, seems to be demonstrating an ability to hold out longer than one would have expected.