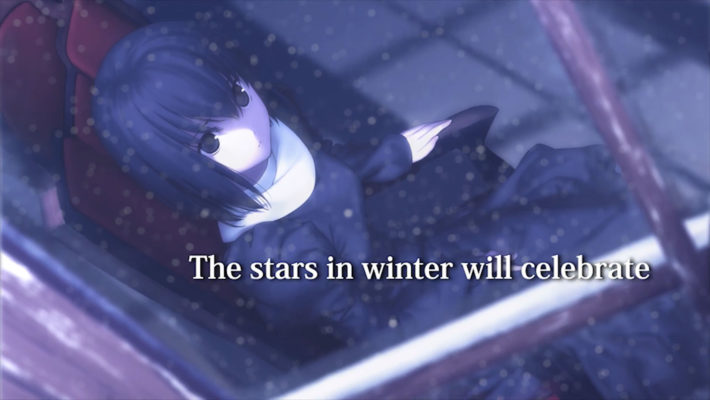 There have been a number of attempts to fan-translate Type-Moon’s most recent visual novel, Mahotsukai no Yoru, into English. Since its release in 2012, we’ve seen several different groups attempt the deed, but these efforts have either been nipped in the bud early on or abandoned halfway through, owing to the scope and complexity of the project. While a Japanese-to-English translation for Mahotsukai no Yoru seems unlikely at this point, the good news is that we’re getting the next best thing—a French-to-English translation that’s already over halfway complete.

Mahotsukai no Yoru is generally considered to be Type-Moon’s most well-produced piece of work, so ardent fans have kept conversation around it alive in niche communities through sheer force of will. The hope has been that they’ll manage to keep it from fading into obscurity long enough for someone with the time and perseverance to eventually come along and translate the entire game into English. (Bonus points if said “someone” can also find collaborative editors to double-check their work, and a skilled coder to turn it into a patch.)

This is where the French translation comes in.

A French fan translation for Mahotsukai no Yoru was originally released in 2018 and further updated in February 2020. This translation is now being used as the basis to translate chapters 8-13 of the game (and extras) into English. (With chapters 1-7 having been translated from Japanese to English earlier) Chapters 1-7 are also being revisited in parallel to ensure consistency with the new translation.

An overview of the project’s progress can be found via this Twitter profile. Patches can be found at the Beast’s Lair forums, with chapters 8 and 8.5 just having been released via a patch. Notably, the group’s latest update was posted on June 24th, and it sounds as though they’re committed to seeing the project through. With any luck, we’ll be playing a completed version of the Mahotsukai no Yoru English translation by early 2021.