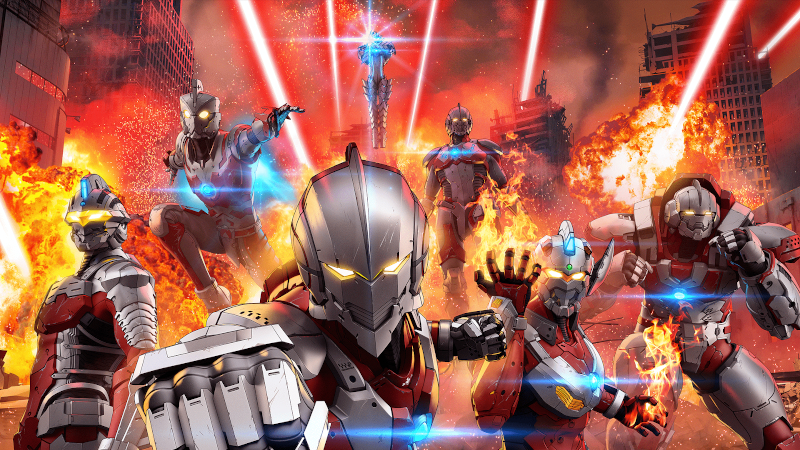 In the same press release, Tsuburaya confirmed that Season 2 will have “3” by Noilion as its opening song. The company also announced that the voice actress Maaya Sakamoto will join the cast in the new season. She will voice Taro’s lover Izumi.

While Netflix published teaser art for Ultraman Season 2 earlier in September 2021, it only announced a 2022 launch window. This new announcement reveals the full release date for the new season. The show gained more visibility in recent months after Bandai Namco confirmed its debut in the Super Robot Wars video game series in October 2021. Ultraman, Seven, and Ace joined the Super Robot Wars 30 roster through the second DLC set released in December 2021.

Tsuburaya and Lantis will hold a physical premiere event at Mori no Hall 21 in Chiba on April 10, 2022. It will consist of an orchestra concert with tracks from Season 1, and an early premiere showcase of Season 2’s first episode. People in Japan can immediately purchase tickets for the event online, with the early bird session ending on January 31, 2022.

The first episode of Ultraman Season 2 anime will appear worldwide on Netflix on April 14, 2022.