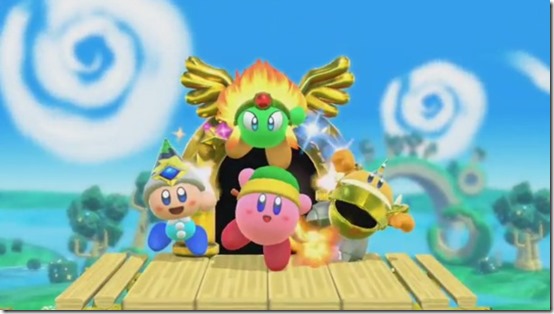 Last week, Japan had a bit of an off-week as there were no new titles that made it to the top-20 chart, but it was another strong week for several titles including Kirby: Star Allies, Far Cry 5, and Splatoon 2. Japanese sales tracker Media Create released the latest video game software and hardware sales data from the week of April 2 through April 8, 2018.

Back in the top spot is Kirby: Star Allies at #1 with 35,319 units sold on Switch after dropping to #4 last week from the releases of Super Robot Wars X and Far Cry 5. Far Cry 5 continues selling well at #2 with 26,732 units sold on PS4. Splatoon 2 which is easily one of the most consistent sellers on the top-20 charted at #3 with 21,890 units sold on Switch.

As far as hardware sales go, it’s been an overall drop across all platforms, but that tends to happen when no new games are released in the week. The PS4 sold 9,530 units and the PS4 Pro sold 4,970 combining for a total of 14,500 units for the Sony home console. The Switch was the best-selling console with 40,016 units sold, taking up about 59.7% of all hardware sales for the week. With that the Nintendo Switch has reached the 4 million milestone for hardware sales in Japan with a total of 4,035,520 units going by Media Create’s numbers. The last time we got official numbers from Nintendo, the Switch had a total worldwide sales figure of 14,86 million units as of December 31, 2017.