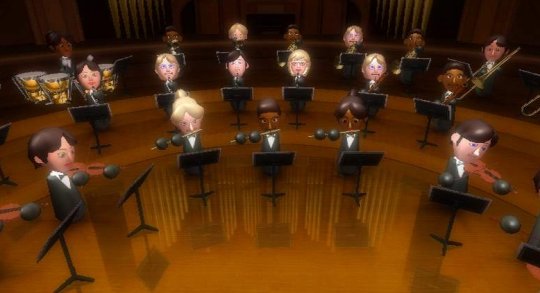 Never thought Greek would come in handy in the predominantly English/Japanese world of mainstream video games, but reality quickly proved me wrong. Nortek, the company bringing Nintendo products to the Balkans, the same people that decided a fair price for The Legend of Zelda Twilight Princess would be 80$, have managed to spoil the beans. How? Well, by having their managing director Mr. Katrinakis get interviewed over at contra.gr.

So, what did we learn? For starters, we learnt that the Wii unsurprisingly sold out in Greece, that Zelda TP and Wii Play are the best selling games in the country and that -following international trends- the more successful third party games are Ubisoft’s Red Steel and Rayman Raving Rabbids. On a more interesting note Mr. Katrinakis said that Mario Galaxy, Final Fantasy: Crystal Chronicles, Brain Training, Prince of Persia and Driver should be hitting shelves before summer. On an even more interesting note (which apparently would be a very very interesting note indeed) Mr. Katrinakis mentioned two still un-announced titles we should be getting before the end of 2007: Wii Health Pack and Wii Music.

In Wii Music, a more or less awaited title, players will conduct a virtual orchestra, choose the musicians who’ll play certain solos and -in a way- compose their own music, to be saved and shared among friends. Wii Health Pack, on the other hand, sounds more impressive, yet less fun. It will have users exercise and promptly collect/calculate the relevant biometric data that will be sent over to hospitals Nintendo contracted. The results of this check-up of sorts will then be home-delivered to each gamer/patient/fitness-freak. Obviously Wii Health Pack will be more about general fitness and weight loss than -say- brain surgery or lovely syphilis.

Disclaimer: A follow up post to said interview had Mr. Katrinakis clarify he was expressing personal opinions and was estimating/speculating on the release of the games mentioned. Thus, what he said, cannot be considered official Nintendo stuff.